In sickness and in health. Kim Kardashian recalled the fearful part of taking care of her husband, Kanye West, as he battled coronavirus earlier this year.

The Keeping Up With the Kardashians star, 39, detailed her husband’s health journey in the first issue of Grazia USA, which launched on Tuesday, October 6, revealing he contracted the illness around the same time that Tom Hanks and Rita Wilson spoke out about getting the virus in March.

“Kanye had it way at the beginning, when nobody really knew what was going on,” Kardashian told the magazine in its inaugural issue. “It was so scary and unknown.” 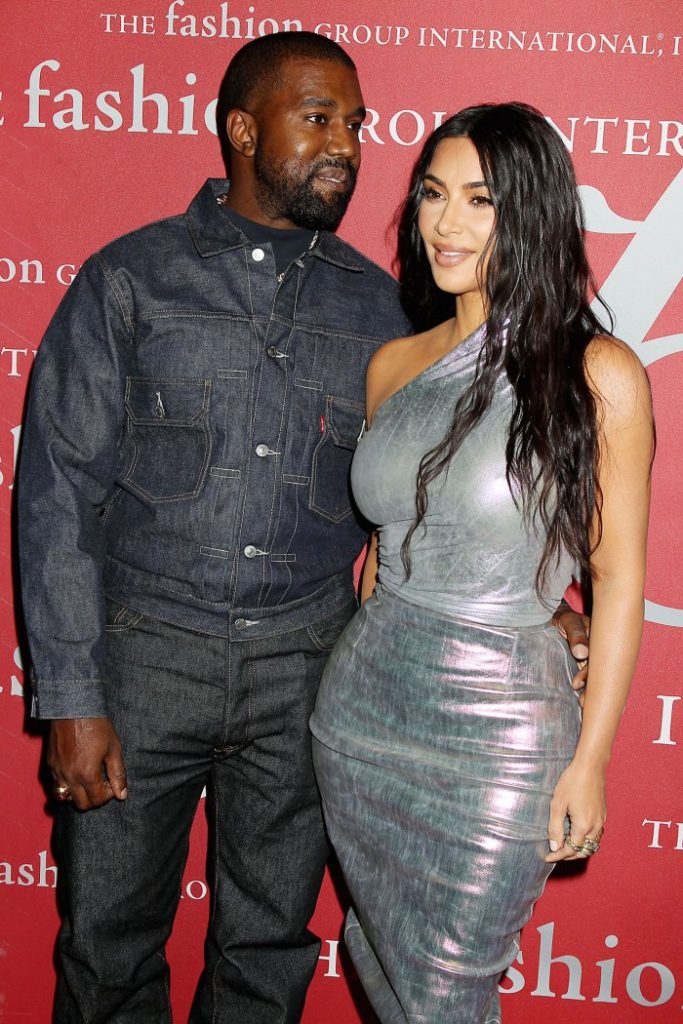 The Skims creator, who has had a rocky couple of months with West amid his mental health struggles, recalled having “my four babies and no one else in the house to help” when the Yeezy designer, 43, got sick. The couple share North, 7, Saint, 4, Chicago, 2, and Psalm, 16 months.

“I had to go and change his sheets and help him get out of bed when he wasn’t feeling good,” she explained. “It was a challenge because it was so unknown. Changing his sheets with gloves and a face shield was really a scary time.”

West addressed his COVID-19 diagnosis during an interview with Forbes in July, describing his experience as, “chills, shaking the bed, taking hot showers, looking at videos telling me what I’m supposed to do to get over it.”

Despite going through the fearful time, as she nursed her husband, Kardashian’s thoughts on the pandemic aren’t all negative.

“I’m the type of person that respects the process, that respects what’s going on in the world,” she revealed. “Maybe our planet needed a break.” 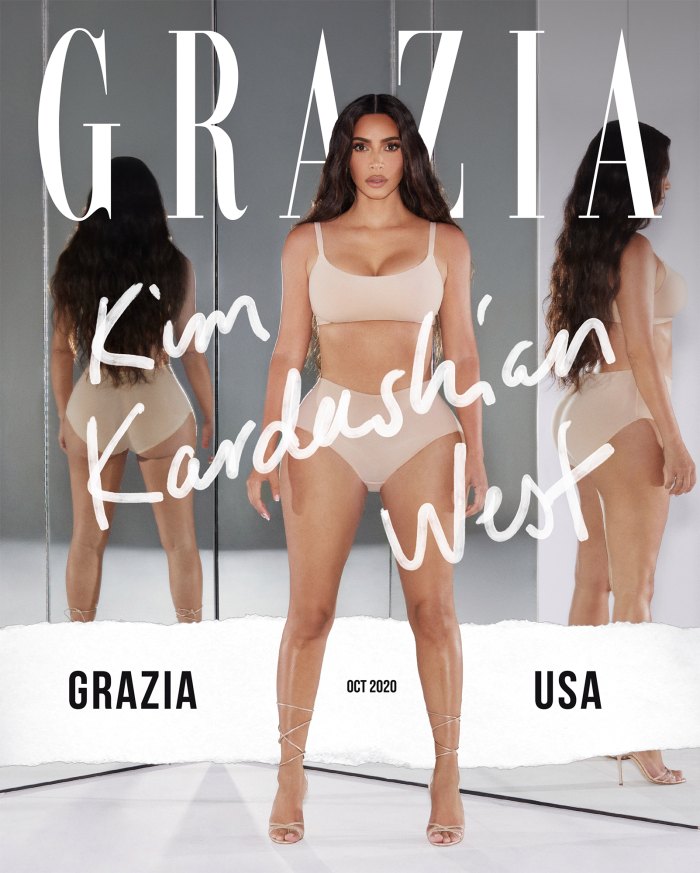 The reality star also opened up about the end of KUWTK, which will air its final season in 2021, noting that fans will see what the family’s lives were like during the pandemic and how they felt in the beginning on the global crisis.

“If anything, it’ll be really interesting to see what all of us were doing during the pandemic. We were so scared and cautious and we shared every moment of that,” the KKW Beauty founder said. “Having to be with four kids and not have their friends or their routines and no help. It was a very different side of us that I don’t think anyone’s really seen.”

Kardashian’s candid interview with Grazia USA marks the launch of the brand’s U.S. brand, after more than 80 years of being in the fashion and publishing business worldwide with more than 20 international editions.

“The arrival of Grazia in the United States is a highly significant event, the first time an all-Italian fashion magazine lands on the US market with a formula that gives a perfect answer to the new needs of readers, users and businesses,” the CEO of the Mondadori Group, Ernesto Mauri, said in a press release. “In today’s historical juncture, it bears witness to the strength of a brand that has always stood at the forefront, becoming an icon of international renown, leveraging on its authoritative content and incomparable identity.” 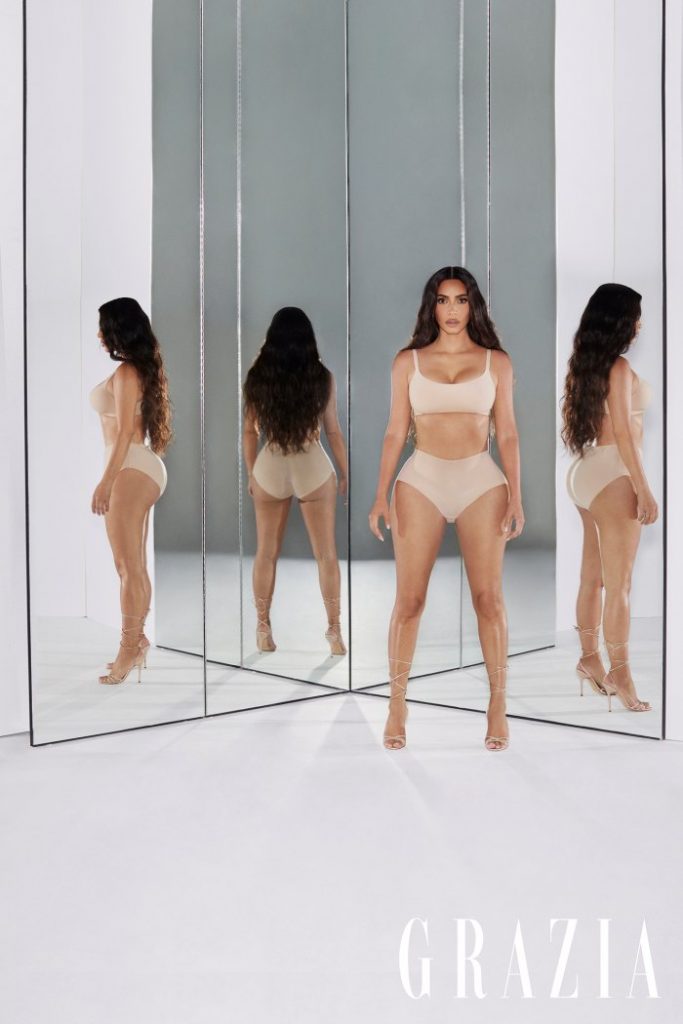 The Mondadori Group signed an agreement with the Pantheon Media Group LLC to launch the magazine’s U.S. edition.

“The arrival of Grazia USA is a transformative event that significantly reshapes the fashion and beauty landscape in the United States with a bold type of next generation media organization,” publisher and chief executive officer of Grazia USA, Dylan Howard, added. “The USA edition of Grazia aims to establish itself as the most prominent and influential guide to fashion, with a mission of crafting impactful visual storytelling and thought provoking and top-tier journalism to empower and inspire readers.”

“Grazia has been the authority on global fashion trends for more than 80 years, and we know that having editorial talent in the United States has the potential to have a material impact on the fashion world, with Grazia USA set to be the freshest and most energetic platform of telling those stories,” managing director of international business of Mondadori Media, Daniela Sola, said in a statement.