Ready to pounce. Khloé Kardashian drew backlash from some social media users when she commented on photos of Tristan Thompson’s son, Prince, but her fans stepped in to defend her.

The basketball player, 29, posted a tribute to Prince — whom he shares with ex Jordan Craig — for his 4th birthday. “Happy birthday Princey!!!” he wrote via Instagram on Saturday, December 12. “I’m soo lucky to have you as a son papa. Your heart and soul is pure gold. Your sister is soo lucky to have a big brother like you to watch and protect her. Daddy Loves you baby boy.”

Kardashian, 36, showed her support, leaving six heart emojis in the comments section. “Girl bye don’t put [heart] under someone’s son,” one Instagram user replied, while another chimed in, “Let him b with his son without u.”

The reality star’s fans stood up for her, though. “Khloe comes from a pure and good space, the hearts were fine,” one person wrote as other followers weighed in on her intentions.

“The child is family to her now- just stop with the negative drama and look into your life before you come on social media judging other people- enough now,” another fan commented. 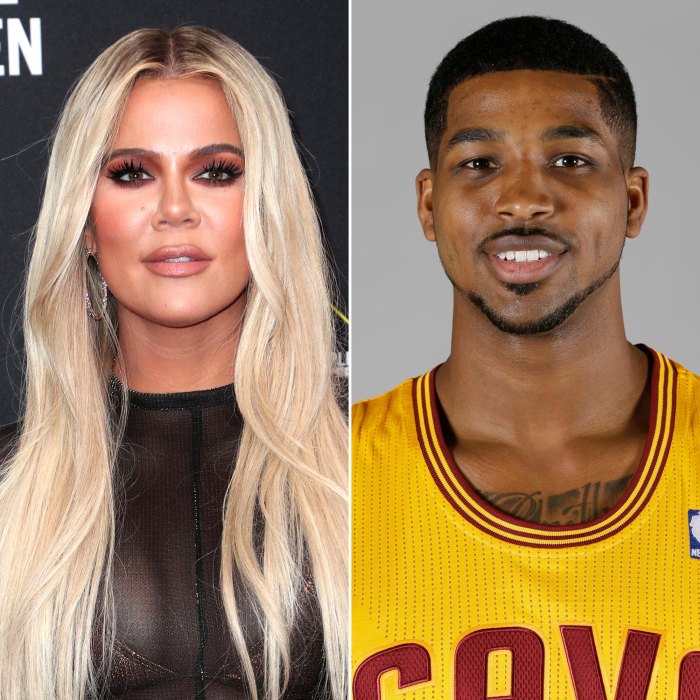 Us Weekly confirmed in August that Kardashian and Thompson had rekindled their romance after their February 2019 split and multiple cheating scandals. “Khloé is hopeful that Tristan has changed for good and will continue to grow and be the great and loyal partner that he has been throughout their time together during the [coronavirus] quarantine,” a source revealed at the time.

A second insider told Us in October that the Good American cofounder, who shares 2-year-old daughter True with Thompson, “wants to see the good in everyone to a fault,” adding: “She’s so forgiving, and it’s also hard to meet anyone else. She has a child with him and doesn’t leave Calabasas, [California].”

Kardashian shut down pregnancy speculation in November, telling a fan that her “abs say otherwise.”

However, the couple are taking a big step after Thompson signed with the Boston Celtics. Us exclusively reported last month that they “will be living together in Boston and L.A.”