Keeping it real! Khloé Kardashian clapped back at a fan who tried to shade her for her ever-changing look.

Khloe Kardashian Through the Years: From Reality TV to Motherhood Read article

The Keeping Up With the Kardashians star, 36, shared a series of Instagram photos on Friday, October 2, revealing a new hairstyle.

“Man this heat wave is intense!! Isn’t it October???” she captioned the photo shoot, before giving her longtime assistant Alexa Oklye a shout-out. “Lex, This ones for you 😉.”

I’ll never understand how bored or unhappy some people can be. I am someone who would never comment something unless it’s positive. I believe in uplifting and complimenting one another. Who has the time chiiiillllldddd?! Time is precious boo. I’m spending it on happy things ❤️

The Strong Looks Better Naked author wore a corset top, with a portrait design on it, black, latex pants, and had her hair slicked back in high ponytails.

Many fans commented on how much they liked Kardashian’s ‘do, while others criticized her evolving style.

“She looks different every week lmao,” one user wrote, while another added, “What in the Ariana Grande is this.”

The Good American creator fired back after one user commented “Money spent well” on the photo. “The shade of it all,” she simply replied.

When another fan joked that she couldn’t recognize the reality star, writing, “KHLOE????? I LOVE YOU,” Kardashian again shot back, commenting, “I love you even if this is shady.”

The Revenge Body host later took to Twitter to address the “shade” she continually gets for switching up her appearance so often. 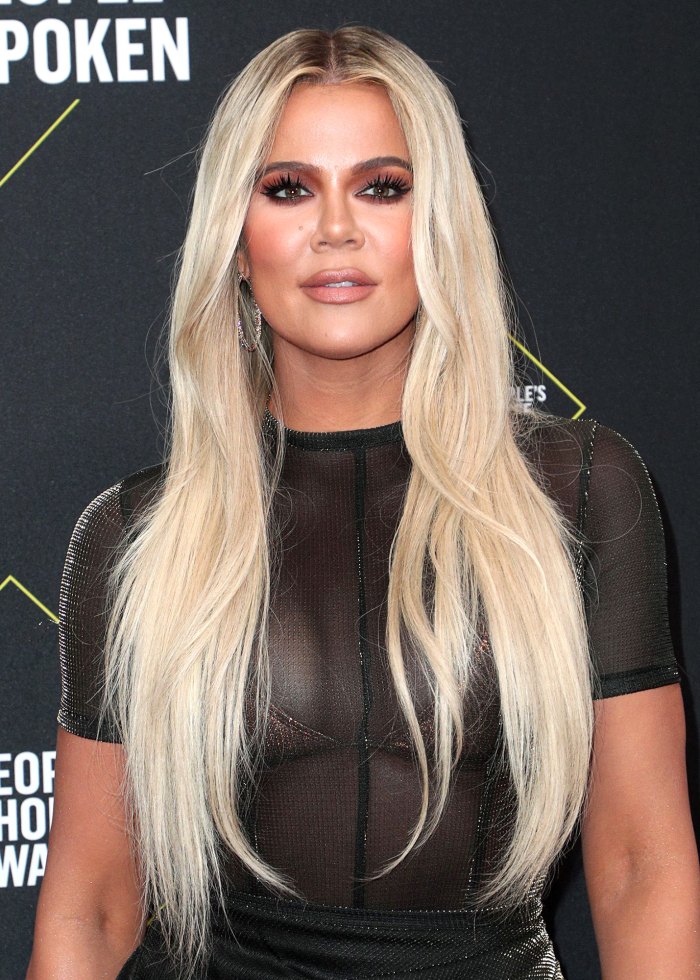 Everything Khloe K. Has Said About Her Ever-Changing Look, Facetune Read article

“I’ll never understand how bored or unhappy some people can be. I am someone who would never comment something unless it’s positive,” she wrote via Twitter on Friday. “I believe in uplifting and complimenting one another. Who has the time chiiiillllldddd?! Time is precious boo. I’m spending it on happy things ❤️.”

The Twisted Love producer ended her message on a positive note, writing, “With that being said, I love you guys!! I truly wish you all things beautiful in this world because there still is so much beauty. You just have to look through the BS but it’s there❤️❤️❤️❤️.”

Last month, Kardashian replied to another fan who mistook her for big sister Kourtney Kardashian in an Instagram photo.

“Wow!! What a compliment,” she wrote in September after being compared to Kourtney, 41.

Khloé came under fire in recent months for her constant look changes, one of which showed the star with bronde hair. After a fan asked why she looked “different” in the snapshot, the California native joked, “My weekly face transplant clearly.”

Read More: Khloe Kardashian Claps Back at Fans After Getting ‘Shade’ Over New Look