Calling him out! Kelly Dodd slammed her ex-husband, Michael Dodd, and shared text messages of their alleged interaction regarding their daughter, Jolie.

The Real Housewives of Orange County star, 45, posted a screenshot of a text conversation with Michael on her Instagram Story over the weekend, claiming he purposely chose not to see their 14-year-old.

“What kind of father doesn’t want to spend time with his daughter?” Kelly wrote on her Instagram Story alongside a photo of the text exchange. “[Michael] hasn’t been with her in 6 mo. Thank God for @rickleventhal.” 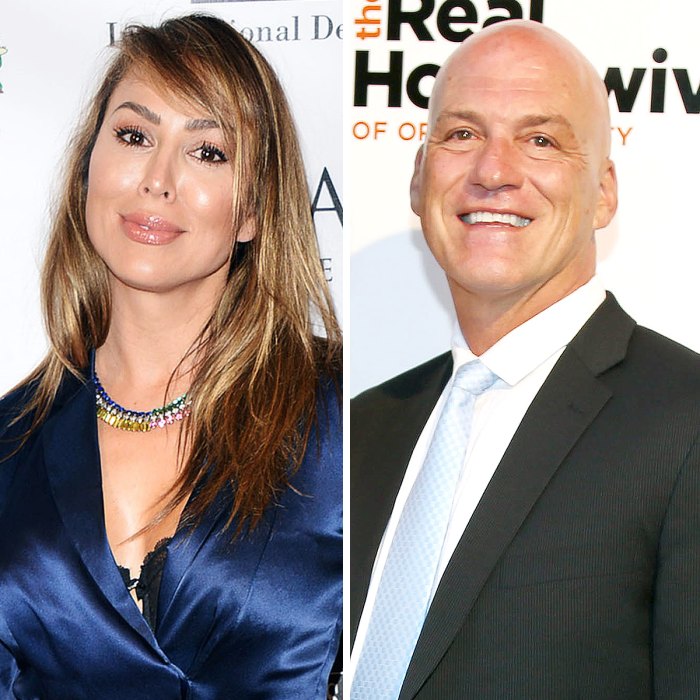 During the conversation, Kelly asked Michael to pick up Jolie from tennis and “perhaps take her to dinner” to which he responded, “I can’t today, I’m busy.”

The Bravo personality then opened up to her fans about why she chose to share her private messages, saying she has spent “thousands and thousands of dollars” on their custody and divorce battle.

“I put Michael on blast because he does nothing with Jolie. He doesn’t want to see her. He’s been taking me to court,” she said in an Instagram video of her ex-husband, who she split from in 2017.

Kelly noted that she has been trying to “get all of the loose ends of our divorce finalized” before calling him out for his lack of urgency.

The reality star stood her ground after Michael’s girlfriend, Laura, sent her a text telling her to “take that down” referencing the exchange. “This all makes you look bad,” Laura messaged Kelly, before explaining her side of the event.

“The only thing Michael responded to you is that he can’t pick Jolie up,” Laura wrote. “You asked at 10am the same day, it was my 40th birthday on Friday, we had plans with my today.”

Kelly fired back at Laura, writing, “He had plans with your family? Well isn’t Jolie your family?? How about this he skipped 12 weeks of his custody over the last few months…”

Last month, the Housewife called Michael a “deadbeat” in an Instagram video while talking to their daughter and complimented her new husband, Rick Leventhal, for his support and parenting skills.

“Jolie, aren’t you glad you have a real dad like Rick Leventhal instead of your father, Michael, who you haven’t seen in — how long did you see your dad?” Kelly said in the since-deleted video.

Kelly and Michael split in September 2017 after 11 years of marriage. They finalized their divorce the following year. Kelly was hit with a restraining order in July 2014 when she was charged with domestic violence against Michael. The order was terminated the following year and the case was dismissed after she attended 10 Alcoholics Anonymous meetings and six months of therapy.

The Positive Beverage cofounder married Leventhal, 60, in October. Her daughter served as her maid of honor.