New York City is for lovers! Katie Holmes and her boyfriend, Emilio Vitolo Jr., took their romance to the streets and donned matching ensembles.

The Dawson’s Creek alum, 41, and her new beau, 33, walked hand in hand on Thursday, October 4, in similar styles. Holmes wore mustard-colored plaid trousers, a white tee and white sneakers as she carried a Sharkchaser bag.

The chef also sported a white tee and sneakers, pairing them with jeans as the two strolled around Manhattan. They each wore a face covering amid the coronavirus pandemic. 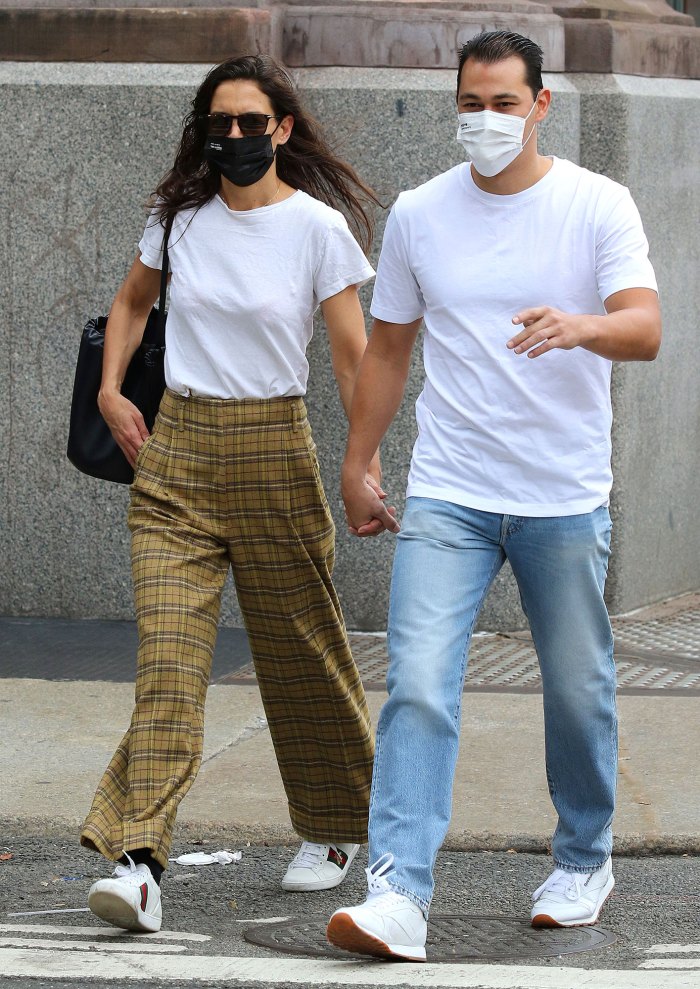 The pair were also seen riding the subway together on Thursday, chatting and looking at their phones among other travelers.

The couple, who were first linked in September after they were spotted having dinner, have been photographed on more than one occasion in the city. They are also prone to wearing coordinating outfits while taking walks together.

Their romance heated up on September 17, when the duo kissed on a Central Park bench.

“Katie is absolutely head over heels in love with Emilio,” a source exclusively told Us Weekly at the time. “She has wanted a stable guy in her life for a while and has found that with him.” 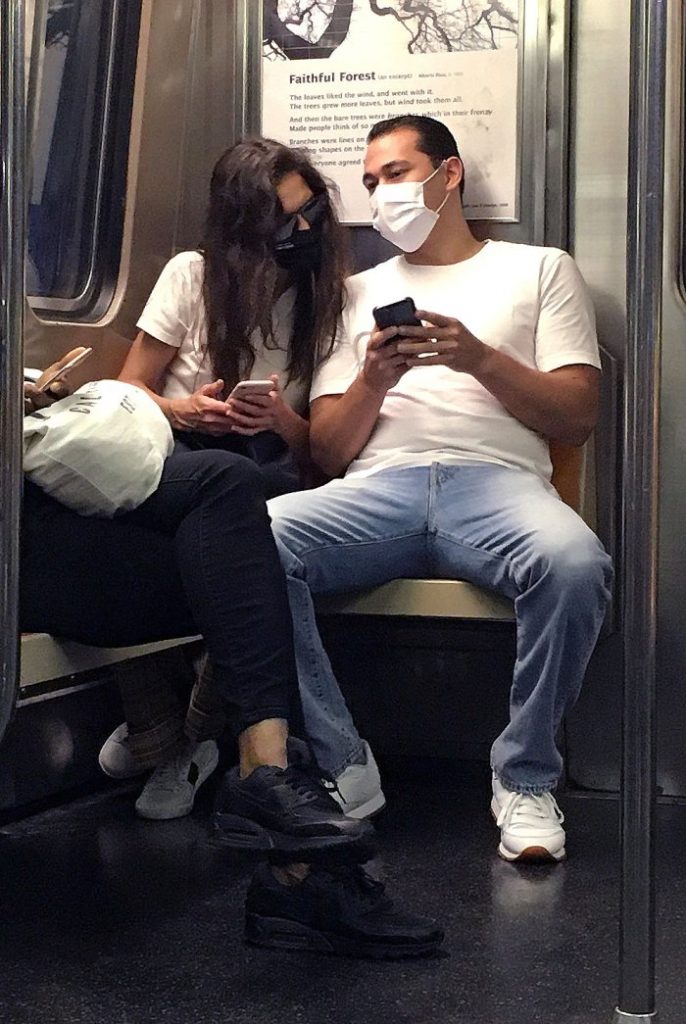 Before starting a relationship with the Kennedys actress, Vitolo was engaged to designer Rachel Emmons.

Holmes, for her part, was last linked to Jamie Foxx. Us confirmed the actors split in August 2019 after six years of dating.

The insider added that the Romantics star has “completely moved on” from the Django Unchained actor, 52, and now thinks of him “in a friend type of way.”