Kathy Hilton Officially Joins ‘RHOBH’ As a ‘Friend’ for Season 11

Kyle Richards’ family drama may be front and center on The Real Housewives of Beverly Hills yet again. Kathy Hilton will be featured on season 11 of the Bravo show in a “friend” role, Us Weekly can confirm.

Kathy, 61, joins Crystal Kung Minkoff as new cast member for season 11. Over the years, Kathy has shut down reports that she is joining the cast of RHOBH, which her half-sisters Kyle, 51, and Kim Richards helped launch in 2010. The mother of Paris and Nicky Hilton played coy about her plans to join the franchise on September 23 via Instagram, telling a social media user that she was “thinking” about it. 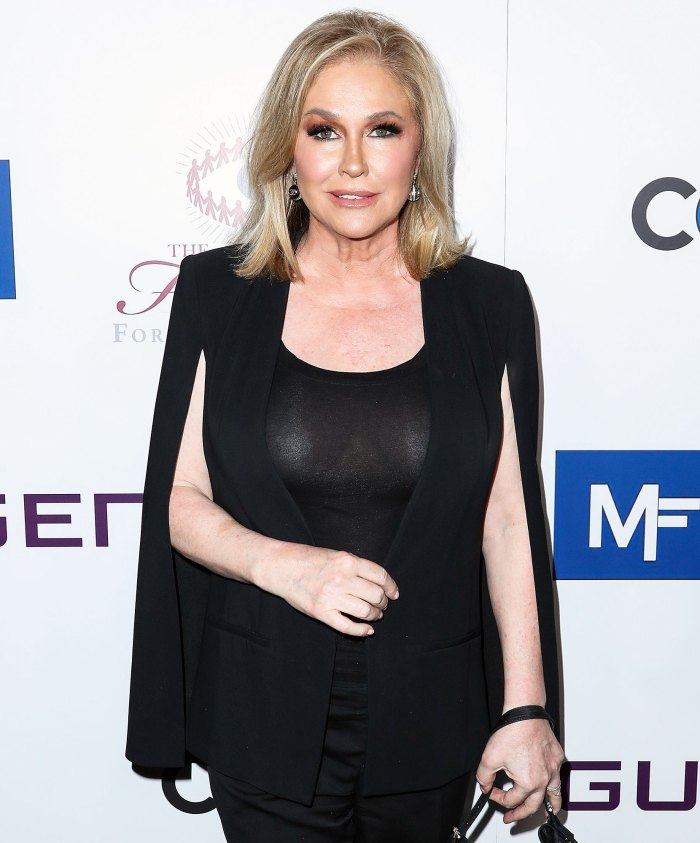 While Kim, 56, left her full-time role on the show after season 5, Kyle is the last remaining original cast member on the series. Season 10 also starred Dorit Kemsley, Lisa Rinna, Garcelle Beauvais, Erika Jayne, Denise Richards, Teddi Mellencamp and “friend” Sutton Stracke. Both Denise, 49, and Teddi, 39, have confirmed they will not be back for season 11.

“I had a great first season. The second season was challenging,” Denise said on The Real on Monday, September 21. “I just thought it was the right time for me to go and to just keep focusing on the other projects that I have. I had a great time. I will always be a fan and I will continue to support the show.”

“When I got the news I was sad,” Teddi told her Instagram followers. “It feels like a breakup almost because you develop such strong relationships with the cast, with the crew, and you get to do incredible things that you probably never get to experience without, you know, the show. That being said, I’m really looking forward to the future and being able to focus on my family, my friends, All In.”

Kyle previously told Andy Cohen that her sister would make an “amazing” addition.

“I’ve had one sister on [Kim]. Why not have another sister on?” she said on Watch What Happens Live With Andy Cohen in June 2019. “People don’t know this, [but] she’s one of the funniest people there is. She’s a practical joker, and she’s very, very funny.”

While Kyle and Kim’s rocky relationship was featured heavily on the early seasons of RHOBH, the Halloween star had drama with both of her sisters over her scripted TV show, American Woman, which was inspired by their mom and childhood.

“I am hopeful that after seeing it, [Kathy] will see that it’s a fictionalized version and everything will be fine again,”Kyle told the L.A. Times in 2018 before the show premiered. “I mean, that’s what I would like in an ideal world.”

American Woman was canceled after one season in September 2018.