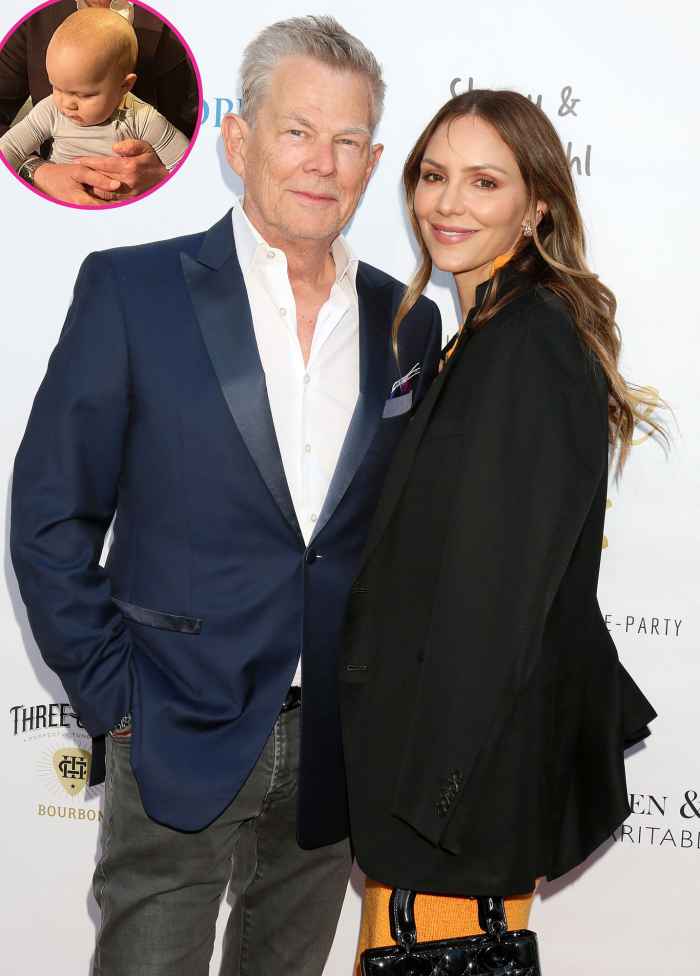 “Happy Father’s to the man who loves me like I could have only dreamed of & who made me complete in life by making me a mommy,” the American Idol alum, 38, wrote via Instagram on Sunday, June 19, alongside several photos of the composer, 72, and his six children. (In addition to 16-month-old Rennie, Foster is also dad to adult daughters Allison, 52, Amy, 48, Sara, 41, Erin, 39, and Jordan, 35.) “I love our little family. I love our big family.”

Alongside a picture of her and the Grammy winner holding their son while sitting at the piano, McPhee continued, “You have NEVER complained over how your life is slightly different now. Well… you only complain that you can’t stay up late watching TV in bed but how can I blame you -that’s your favorite thing.” 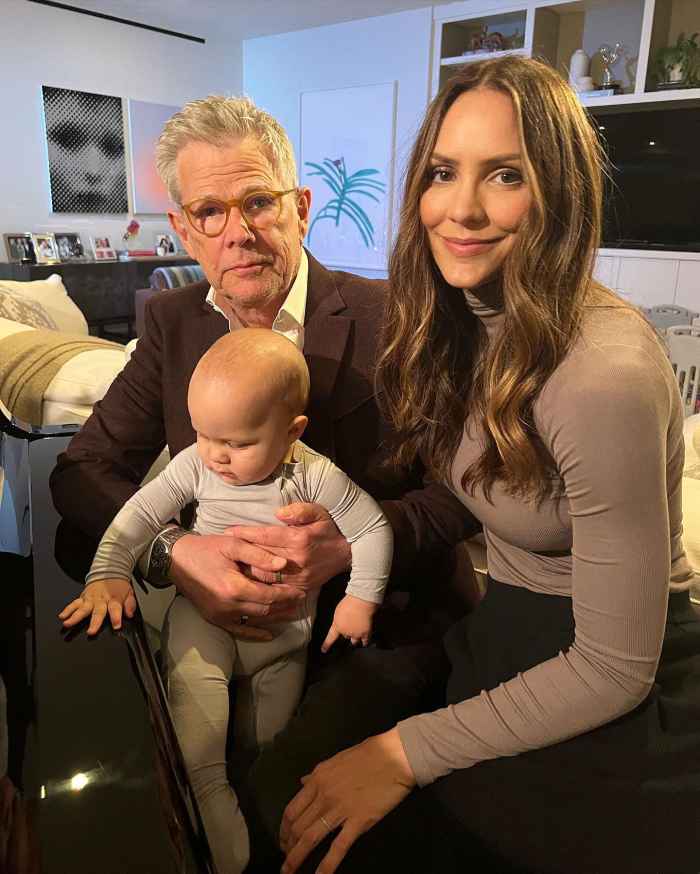 The Smash alum concluded: “You’ve only made bringing Rennie into the world an absolute joy for me. To many more adventures baby! 🎊I love you to the moon and back.”

Us Weekly confirmed in October 2020 that McPhee and Foster, who tied the knot one year earlier, were expecting their first child together. She gave birth four months later, with her rep telling Us at the time, “Kat McPhee and David Foster are the proud parents of a baby boy. Everything went well. Mom and baby are healthy.” In March 2021, McPhee revealed that they had chosen the unusual name “Rennie” for their baby boy as a nod to Foster’s family.

“We picked Rennie because I’d actually been in labor for a while, and we didn’t have a name picked out,” the California native said during an appearance on Today With Jenna & Hoda at the time. “We had a couple names, but my husband was on a text chain with his sisters and one of his sisters suggested an old family name. It was his great-grandfather’s name, his great-uncle’s name, so it has a long history in his family.”

Adding that the little one goes by the nickname “Ren,” McPhee continued: “[Motherhood is] the sweetest. I mean, I’m in heaven. It’s really been amazing.”

While the House Bunny actress was happy to share her son’s “good” and “strong” name, the Canada native was actually upset that she spilled the beans. “My husband was kind of annoyed,” McPhee told SiriusXM’s Jess Cagle later that day. “I said, ‘What was I supposed to say? Nothing? Like, ‘I’m sorry, we’re not sharing the name.’ We don’t want to be that pretentious over the name, but it’s the only kind of thing you can hold on to that feels private.”

After joking that she didn’t know how to say “no” when she was asked about her son’s name, McPhee explained that once she heard the name “Rennie,” she knew it was the perfect choice. “It’s really so original,” the Country Comfort star gushed. “It sort of took my breath away. I was waiting for something like that, and I just didn’t think it would happen. We were going to name him something totally different, which was a great name, but not something that meant something.”

Earlier this year, she and Foster celebrated their son’s first birthday with an animal-themed party, complete with a ball pit and stuffed giraffes. “Happy Birthday to our cutie baldie baby who turns 1 today!” McPhee wrote via Instagram in February. “Where does the time go? I know you’ve heard this before but being a mommy is the greatest fricken thing in the world. Here are some highlights from his 1st party. I LOVE YOU SO MUCH RENNIE!!!!”