Kate Mara: Heath Ledger Took Me ‘Under His Wing’ on ‘Brokeback Mountain’

An unforgettable experience. Kate Mara reflected on what she learned from the late Heath Ledger while working together on 2005’s Brokeback Mountain.

Remembering Heath Ledger: From ’10 Things I Hate About You’ to ‘The Dark Knight’ Read article

“I was 19, but he was only a few years older than me. It was pretty crazy,” the A Teacher actress, 37, recalled during a virtual appearance on Watch What Happens Live With Andy Cohen on Thursday, November 12. “But he was the sweetest thing. That whole experience was really amazing.”

Mara played the late actor’s daughter in the groundbreaking film, which also starred Jake Gyllenhaal, Michelle Williams and Anne Hathaway. Three years after the movie premiered, Ledger died from an accidental prescription drug overdose at the age of 28. He is survived by daughter Matilda, 15, whom he shared with Williams, 40.

Brokeback Mountain was one of Mara’s earliest experiences on a film set, and she looked up to the longtime pros who were working by her side, especially Ledger.

“Even though he was only a couple years older, he really took me under his wing, because I hadn’t worked that much,” the House of Cards alum said on Thursday. “It was really special.”

The 10 Things I Hate About You actor was a beloved member of the Hollywood community and his untimely death has still left many of his former costars with broken hearts. Earlier this year, Gyllenhaal, 39, remembered the careful way Ledger approached the LGBTQ story line of their Oscar-winning film. 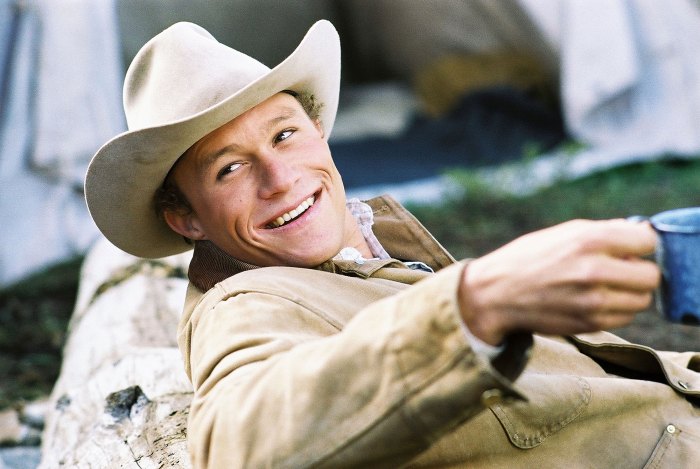 “I remember they wanted to do an opening for the Academy Awards that year that was sort of joking about it. And Heath refused,” the Southpaw star said during a candid interview with Another Man magazine in April. “I was sort of at the time, ‘Oh, OK … whatever.’ I’m always like: it’s all in good fun. And Heath said, ‘It’s not a joke to me – I don’t want to make any jokes about it.’”

More than a decade after the movie’s release, Gyllenhaal has still struggled to come to terms with the impact it made on so many viewers.

“When we did Brokeback Mountain, I was like, ‘Whoa, what’s going on?’ This is a level of focus and attention that hits a certain nerve and you’re like, ‘This is bigger than me,’” he explained during a July 2019 Sunday Today interview. “I understand what it is but this little movie we made that meant so much to us has now become not ours anymore. It’s the world’s.”