“Six months ago, I laid my eyes on you for the first time,” the Real Housewives of Orange County alum, 41, captioned a throwback photo with the infant. “I turned your big body around then looked at Daddy [Kyle Bosworth] with a mixture of shock and pride and said, ‘It’s a boy.’ Three hours later, I limped into the NICU to start what would be my first and last days of kissing you. Somehow, I kissed you a lifetime’s worth of kisses in six days. All without one kiss back.”

The California native, whose baby boy died in April, said she still thinks about what it felt like kissing McCoy. 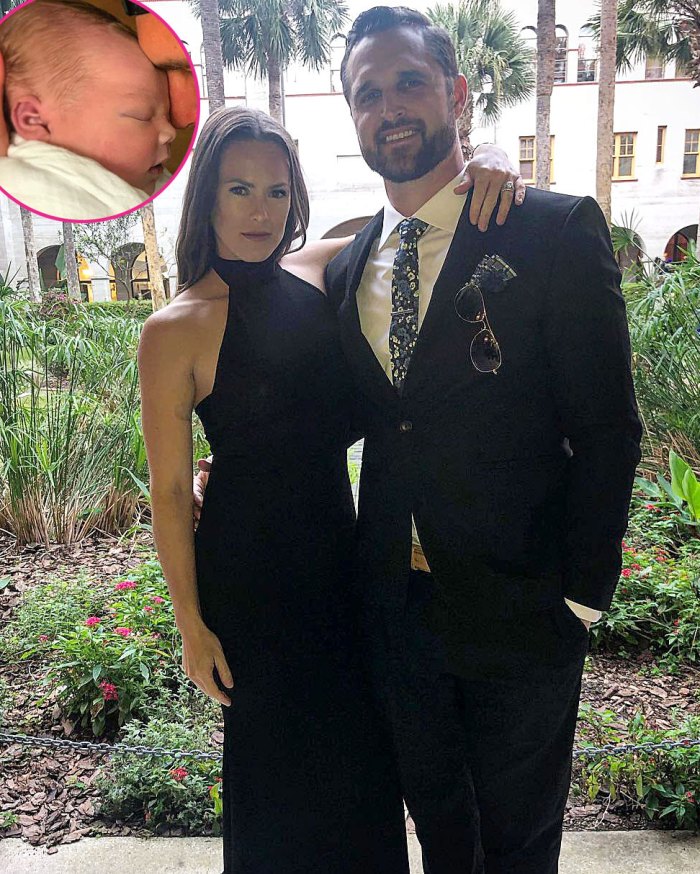 “It all still makes my throat ache like I’m being choked,” she went on to write. “I hate that the thought of kissing you creates this painful and involuntary spasm. I’d much rather be thinking of that involuntary happiness spasm that would overtake your body as a 6-month-old. Oh, what I’d do to see those little joyful jolts, with your chubby arms air-pumping and flapping while your legs do that spring-loaded kick combo.”

Kara concluded, “Missing you something terrible doesn’t have to be the only way to miss you. I want to miss you wonderfully. As in, full of wonder.”

The UCLA grad’s mom, Jeana Keough, commented on the social media upload, writing, “I don’t believe I have ever cried so much or so easily. … I have cried more in the last six months than in my whole life. Love you and can’t wait to see you in a few weeks.”

Kara and her husband, 33, announced in October 2019 that they were pregnant with their second child. (The couple welcomed daughter Decker, 4, in January 2016.)

She and the former professional football player tied the knot in February 2014 at Jeana’s home.