Kara Keough Mourns Son 8 Months After Death: Still ‘Hits Me Like a Brick’

In memoriam. Kara Keough opened up about the “hard moments” she is battling eight months after her late son McCoy’s death.

“On the regular days, it’s … likely to be a good day with hard moments sprinkled throughout,” the Real Housewives of Orange County alum, 32, captioned a black-and-white Instagram photo of the infant in her husband Kyle Bosworth’s arms. “Like when I see a pregnant woman and I think to myself, ‘I hope it works out for her.’ Or when we go for a walk and see a baby that is your Woulda Been Age. We stare a little too long, soaking in all the particulars, as I whisper under my breath, ‘Honey, that’s how old McCoy would be now.’” 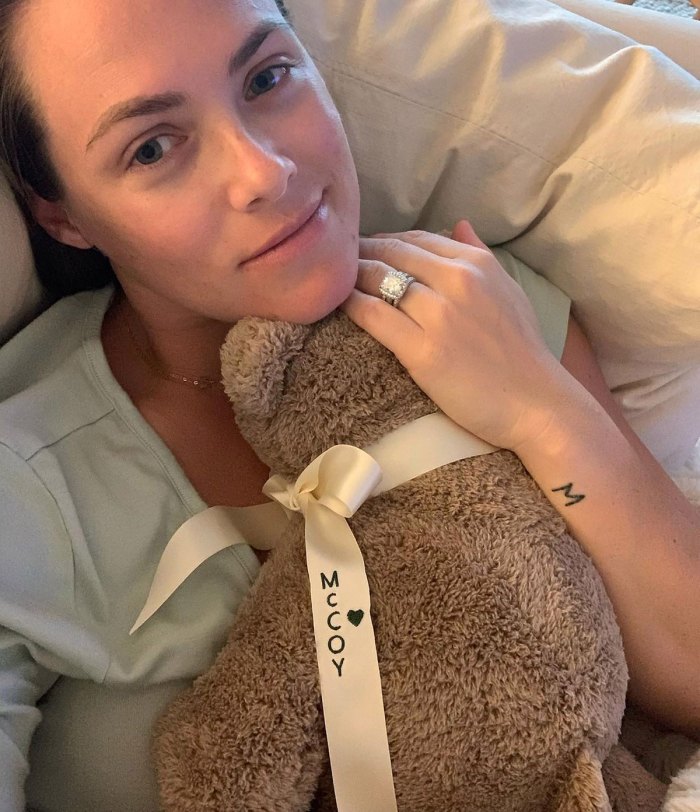 The California native has been extra focused on “crawling little bodies [with] sprouting tooth bud grins,” she went on to write. “In two months, it’ll be wobbly tots pushing walkers. … The month after that, it’ll be a different milestone that hits me like a brick. And in four years, well, your sister, [Decker], may not stop to stare anymore. S–t, even your dad may not pause for more than a second. But I know with certainty that it will freeze me in place.”

Missing McCoy still feels “heavy,” Keough added. “There’s no way it can feel like this forever. And yet, it seems that there is no moving on from but instead a moving onward with. So here we go, my boy, on to another day. I’ll be carrying you. Always.”

She and Bosworth, 34, revealed in April that their baby boy had died during childbirth, detailing the home birth experience the following month in a Good Morning America appearance.

The little one’s head came out “really quickly,” but he experienced shoulder dystocia, which is when a baby’s shoulders are stuck inside a woman’s pelvis. After the newborn emerged with a doula and midwife’s help, he was rushed to the hospital since his pulse couldn’t be found. McCoy suffered severe brain trauma and was put on a ventilator for 72 hours, but his condition did not improve.

“We want his life to mean as much to as many people as possible and to let all of the positive ripples of his life be there,” Keough said in May of telling his story.

She and the former professional football player, who wed in 2014, both have tattoos honoring McCoy. Their son’s ashes are in the ink. “My baby can be with me always,” Keough wrote via Instagram of the “M” on her wrist in May. “He can stay forever in my arms this way, in the place he last rested.”