It wouldn’t be Atlanta without a little bit of shade! During a game of Us Weekly’s “Housewives Confessions,” Kandi Burruss and Cynthia Bailey agreed that newcomer Drew Sidora needs the most fashion help of the cast.

Cynthia, 53, for her part, told Us that “a lot of women have come a long way” over the years, noting that the cast has “very different styles and tastes.” 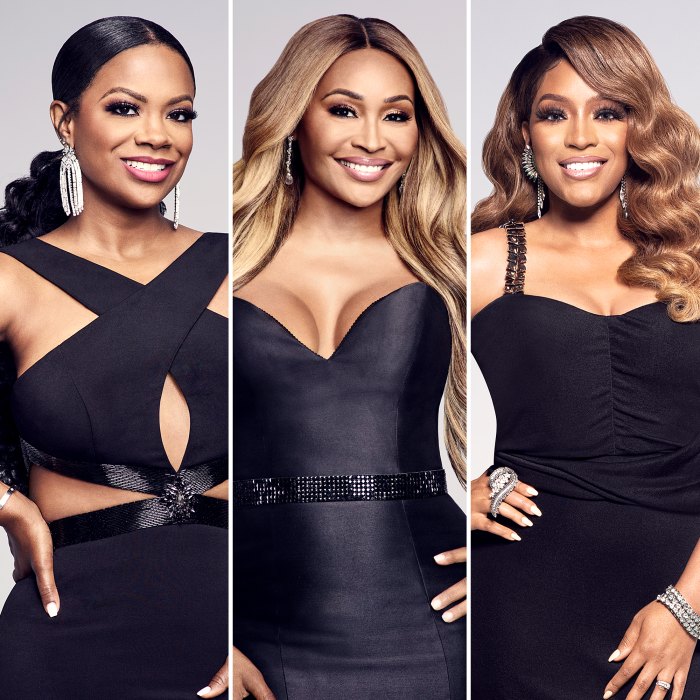 When it came time to make a choice, however, the model also went with the newbie: “As much as I love my girl Drew, I think she’s still figuring out her style and swagger over here. I’m rooting for my girl … but she is a work in progress.”

“We have kind of similar style. She’s more of a girly-girl than I am, but I do like her suit game,” she said. “She has a certain chicness that I definitely feel like we share in common.”

Drew, meanwhile, revealed that she goes to Marlo, 44, for fashion tips.

“She is, like, everything in that whole fashion [world]. I started asking her like, ‘Am I good?’ ‘Cause if she says, it’s good, I know I’m good,” she told Us. “I would say Marlo, hands down. She got the fashion thing on lock. … [Worst dressed] I would probably LaToya [Ali]. She might need a little help.”

Real Housewives’ Plastic Surgery: See Their Before and After Pictures Read article

“All the ladies we’re really welcoming. At the beginning I was shocked ‘cause I was nervous,” Drew told Us. “Marlo and I hit it off extremely well. She was just very genuine. We had a lot of connections, obviously, Porsha [Williams], she’s my neighbor. Our kids play, so that was good. ‘Cause I’m like, you know, we’re new in town. So, my daughter got a friend right off the bat. That was awesome.”

The Real Housewives of Atlanta returns to Bravo Sunday, December 6, at 8 p.m. ET.