While cowriting his new single “Lonely,” Justin Bieber dug deep into a dark time in his life for inspiration.

Bieber had a legion of fans on his side, but there were also plenty of haters on the road to fame. 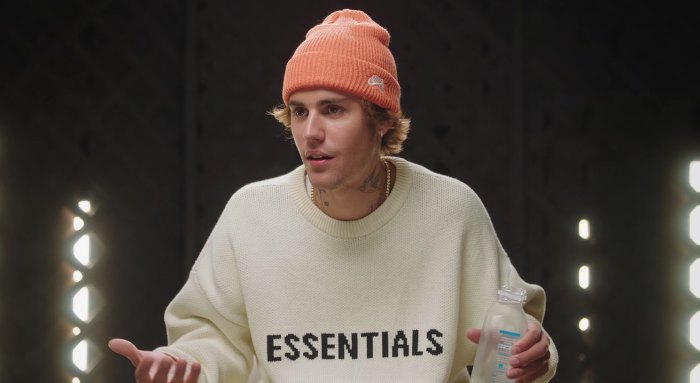 “There were so many people who were just so mean,” he said. “Random people saying like, ‘You suck! You look like a girl!’ I would shake it off and act like it didn’t bother me, but that stuff bothered me. And then it affected how I acted and how I treated other people, and it’s just this ongoing cycle of, like, hurt people, hurt people. I was just this young kid.”

The “Baby” singer said he felt pressure to be “this star who is supposed to have it all together” when, in reality, he was struggling with his mental health.

Bieber made headlines a number of times in 2014 for his bad-boy behavior. He was arrested that January for driving under the influence (he later accepted a plea deal), came under fire that June for a resurfaced video of him singing the N-word and was charged that July for vandalizing his neighbor’s house.

By the following year, the entertainer made a professional comeback, although he continued to struggle. He ultimately canceled his Purpose tour in 2017 due to depression and anxiety. His physical health had been impacted too; he announced in January that he suffers from Lyme disease.

“It’s so hard to show your weakness,” he said in Next Chapter, “but acknowledging your weakness allows you to grow.”

Bieber also found love after a string of failed relationships, most famously with Selena Gomez. In September 2018, he married Hailey Bieber (née Baldwin).

“Hailey really empowers me and enables me to feel like, ‘Justin, I love you for you and you are enough,’” he told viewers. “That enables me to go into my workspace and be confident and feel like I’m enough.”