The birthday girl looked amazing this week, as she celebrated her big day taking a tropical vacation and soaking in all the sun. Of course, she took a ton of photos and videos over the past few days, surrounded by the sea and by palm trees.

Dressed in luxurious swimsuits, Jordyn lounged in an infinity pool. As the big day came, the FRSTPLACE Fitness founder switched into a glitter blue bikini top and lime and turquoise colored skirt and posed on a boat. She captioned the photo “this is 23,” and slayed the IG Feed with this photo!

The celebration took place in the outdoors, and lasted a whole day and night! During the day, she and her friends partied on the boat and during the night, they had dinner on the beach.

One of the guests was NBA star, Karl-Anthony Towns, who spent some romantic moments, hugging as the sun was setting over the sea. If that wasn’t a public display of affection, then we don’t know what else is! 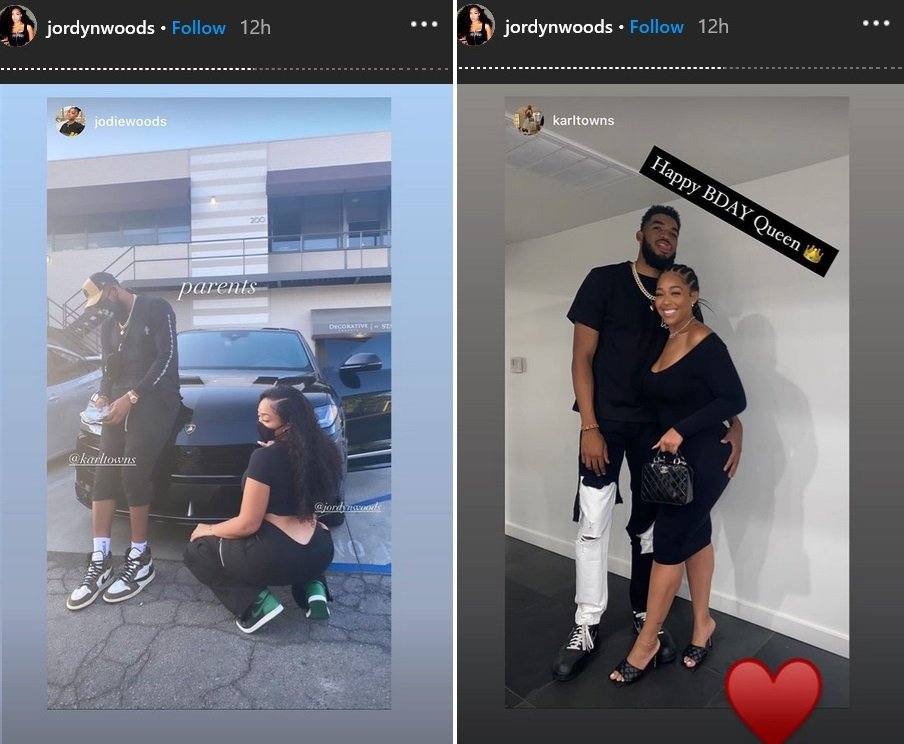 Karl also took to his Instagram Stories and wished Jordyn a happy birthday. “Happy Bday QUEEN,” he wrote in the pic where he is hugging her. In another photo shared by Jordyn’s sister, Karl and Jordyn were posing together, and the photo was captioned “PARENTS.” 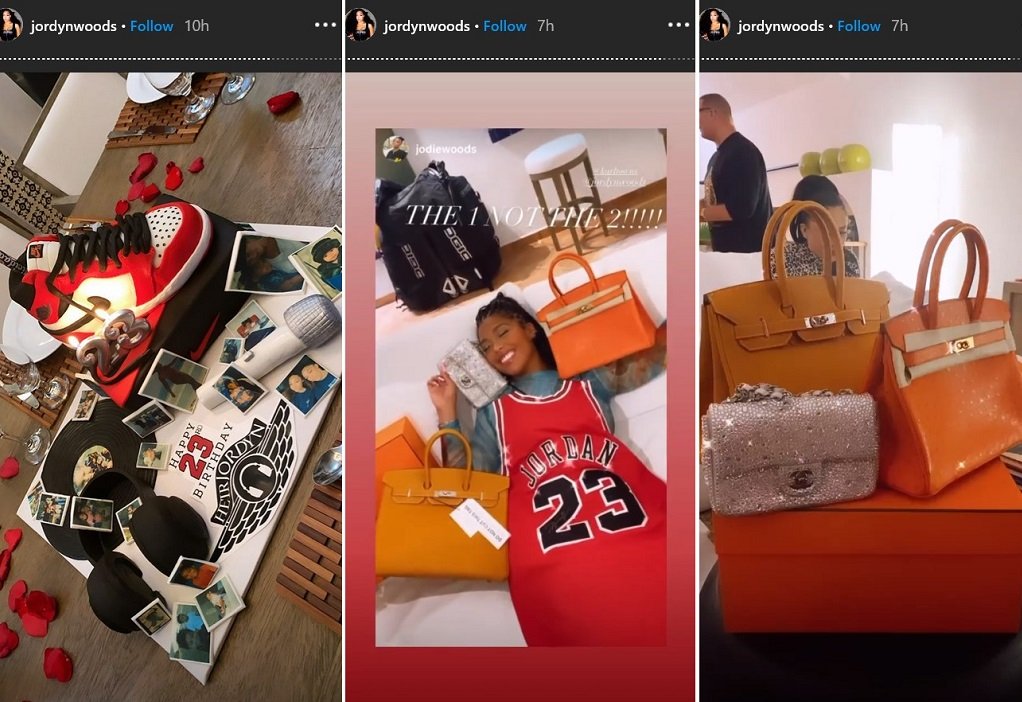 Karl also gifted Jordyn a glittery Chanel clutch which she revealed in her own Story. Although neither Karl nor Jordyn confirmed they are together, the signs show us a pretty clear proof these two are not just friends!

Over the summer, the two had been seen taking dinner, but Jordyn told HollywoodLife that they were indeed “just friends.” She has been by his side since his mother died in April, explained a source close to the two: “She’s trying to help him through a tough time as a friend. She’s very caring.” Karl’s mother died after being placed in a medically induced coma due to contracting COVID-19.”