The Cravings cookbook author, 35, uploaded a photo of herself wearing a black bra, high-waisted beige underwear and fuzzy socks while playing with their dog Petey at home on Monday, December 7. “F–k it!” she captioned the candid snap.

The couple, who share daughter Luna, 4, and son Miles, 2, have been spending a lot of time at their Beverly Hills mansion as of late while gearing up for the holiday season. Two days before their jaw-drop-worthy Instagram exchange, Teigen shared a hilarious outtake of Miles throwing a tantrum and trying to crawl away from her in the middle of a Christmas photo shoot.

“Family shoot went…right as I thought it would, actually,” she tweeted on Saturday, December 5.

This year has been tough for Legend and Teigen, who lost their third child in September after the Sports Illustrated Swimsuit model was diagnosed with placental abruption 20 weeks into her pregnancy. 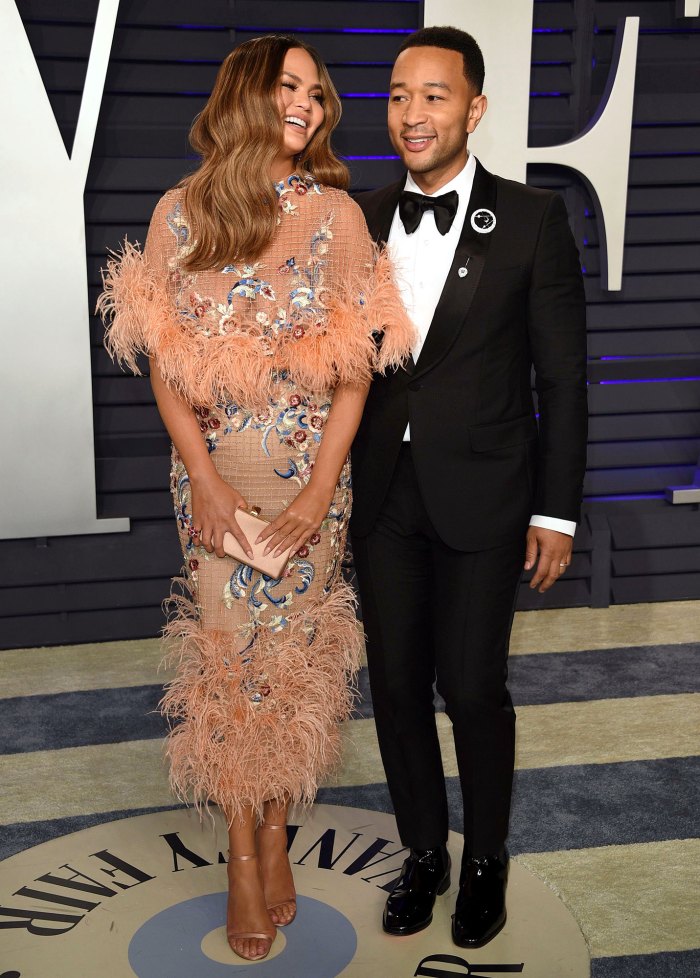 “We never decide on our babies’ names until the last possible moment after they’re born, just before we leave the hospital. But we, for some reason, had started to call this little guy in my belly Jack,” she wrote via Instagram at the time. “So he will always be Jack to us. Jack worked so hard to be a part of our little family, and he will be, forever.”

Teigen later defended her decision to share photos of herself cradling her late son in her hospital bed, writing in a Medium essay published in October, “I lived it, I chose to do it and more than anything, these photos aren’t for anyone but the people who have lived this or are curious enough to wonder what something like this is like. These photos are only for the people who need them. The thoughts of others do not matter to me.”

The “All of Me” singer told Entertainment Tonight in November that he and the Lip Sync Battle cohost have gotten through the ups and downs of 2020 with the help of their “two beautiful kids that we love.”