Not so fast! Jill Zarin addressed speculation from fans that she secretly wed boyfriend Gary Brody.

The Real Housewives of New York City alum, 56, took to Instagram on Monday, October 5, to share a photo of the couple all dressed up and posing in front of a large flower arrangement. The sweet pic drew several comments from fans, who speculated whether the duo have tied the knot.

Zarin responded to one person who questioned “what is happening” in the snap and additionally asked, “You are not married already are you?” The former Bravolebrity simply said “no” while adding the tears of joy and two pink hearts emojis. 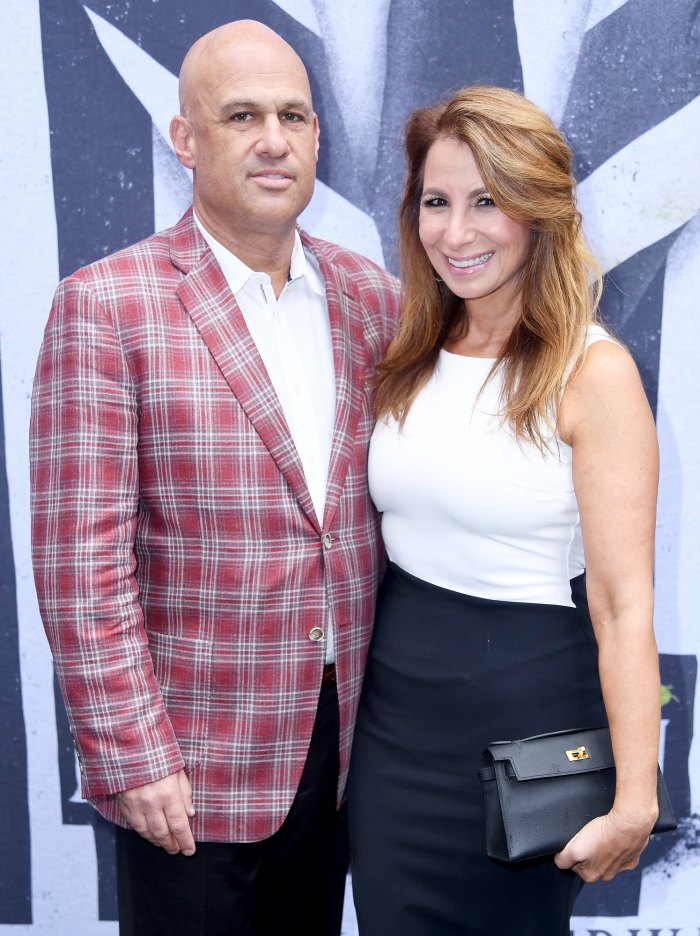 Zarin also cleared up the marriage rumors in the post’s caption. “I am NOT married! I would wear a white dress,” she wrote. “We just went to my niece’s @joannawexler beautiful wedding in August in Westport [Connecticut]. My sister @lisawexler.radio daughter! But I love all the love today! 😘 .”

Us Weekly confirmed Zarin’s relationship with Brody in July 2018. A source told Us that the couple had been “friends for a long time” before making things official.

Zarin and Brody’s romance has since taken a serious turn. They moved into an NYC penthouse together in the summer of 2019. In recent months, the pair have also sparked engagement rumors. However, the former New York Housewife has said that they’re not in a rush to wed.

“We’ve talked about it but won’t do it anytime soon with COVID [happening],” Zarin told The Sun U.S. in July, noting that she doesn’t want to get married again before her 27-year-old daughter, Allyson Shapiro, walks down the aisle.

“I want Ally to get married before me. A lot of mothers do and should put their children first. So I want to put her first,” the Bravo vet continued. “I want her to have happiness the first time before I have it the third time. It would be selfish of me. I have no time frame. I don’t really care, I’m just happy. Like some people say, it’s sometimes better to be the girlfriend than the wife.”

Zarin got divorced from Steven Shapiro, with whom she shares Allyson, in 1998 after nearly a decade of marriage. Two years later, she wed Bobby Zarin. The businessman died from cancer in 2018.

In June, Jill exclusively told Us that Brody had met her late husband “a long time ago” since the trio were “in the same circles.” While the two men weren’t close, she said that she believed that Bobby “probably would love” her boyfriend.