Channing Tatum and Jessie J: A Timeline of Their Relationship Read article

The “Flashlight” singer, 32, quoted British writer Jay Shetty regarding relationship timelines and falling in love at any age, on her Instagram Story on Wednesday, October 28.

“Too many of us put deadlines on love, timelines on success and then wonder why we don’t feel happy,” the quote read. “Emotions are not based on your age, it’s never too late or early, you’re exactly where you need to be.” 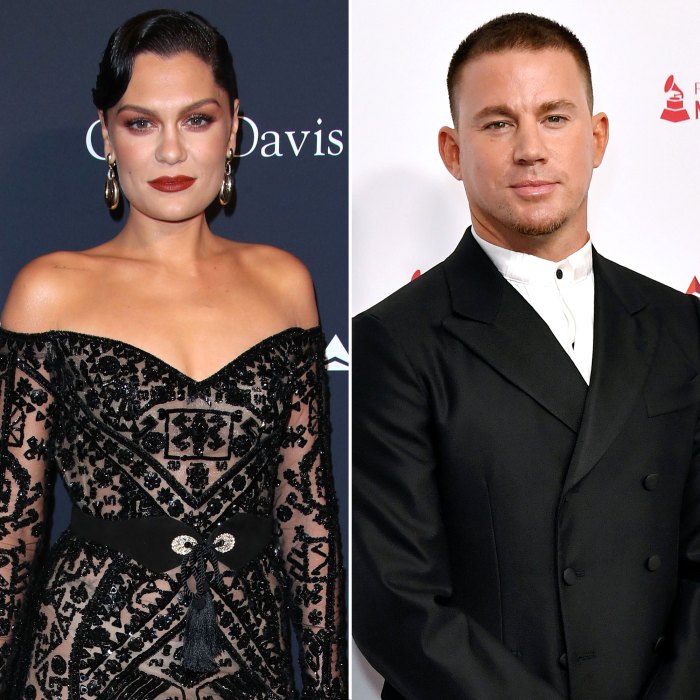 The “Price Tag” singer, who dated Tatum, 40, on and off for two years before calling it quits in April, then shared another message pointing out the difference between dysfunctional partnerships and those that enrich your life.

Jessie J also reposted an image of a billboard that said, “Your energy is your greatest asset. Protect that sh-t.”

The British songstress’ cryptic messages come after she confirmed her split from the Magic Mike star, on October 20, six months after Us Weekly confirmed the breakup.

Since publicly addressing the relationship’s end, Jessie J has shared a few Instagram posts that some fans think are hinting at her past relationship and current mindset.

The singer shared a photo of a neon sign that read, “I woke up wanting to kiss you” on Saturday, October 24.

Three days later, she posted another neon sign image that read, “Lose Yourself.” She captioned the photo, “In the music. In the moment. In yourself. For yourself.”

The “Nobody’s Perfect’ singer previously opened up about her ex-boyfriend in April while paying tribute to the 22 Jump Street star on his 40th birthday.

“You are truly one of a kind. I am so grateful you were born, and even more grateful we met,” she wrote alongside a black-and-white photo of the actor in motorcycle gear and holding a helmet.

The birthday tribute came weeks after the pair called it quits, having reconciled in January after splitting a month earlier.

Us broke the news in October 2018 that the Step Up actor and the “Bang Bang” singer had been quietly dating for a couple of months following Tatum’s split from Jenna Dewan.

Tatum and Dewan, 39, announced their separation in April 2018 and finalized their divorce earlier this year.

The Soundtrack alum, who shares 7-year-old daughter Everly with Tatum, has since moved on with Broadway star Steve Kazee. The couple got engaged in February and welcomed son Callum the following month.