Always being open. Jessica Simpson revealed even more via Instagram on Tuesday, December 1, sharing that she was hesitant to release an audiobook of Open Book because she struggles with dyslexia.

“OPEN BOOK, thank you for the therapy. @applebooks, thank you for recognizing and respecting my story. Turning my fears into wisdom has been a soulful journey to say the least. I appreciate the power of this praise with all of my heart,” the singer, 40, captioned a screenshot of Apple’s best audiobooks of the year list, which includes her memoir. “Fact: I’m dyslexic and this was the first time I have ever read out loud without hesitation. I did it for the listener. I did it for my family. I did it for myself.” 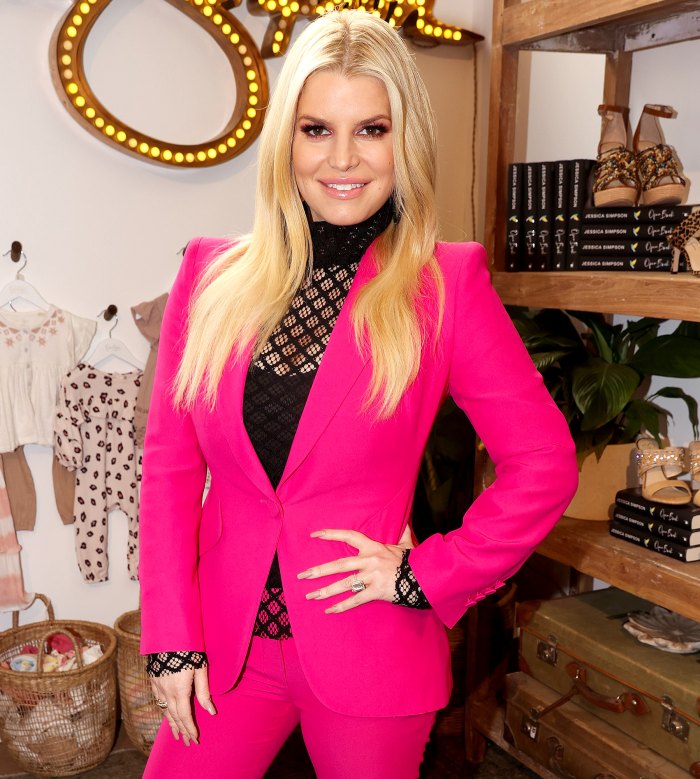 Simpson’s book, in which she is extremely honest about her past romances, trauma, anxieties and struggle with sobriety, quickly became a bestseller following its February release.

“I had always had a book deal in the works, but I never went forward with it,” she told Glamour at the time, revealing she waited until she became sober in 2017 to begin writing. “I don’t think people really know me for owning the hard mistakes. We can slip up here and there, but to have had to reveal such deep life-changing moments. I think it only makes people more willing to listen.”

The Texas native also wanted to share her struggles for her family, including her husband, Eric Johnson, and their three children, Maxwell, 8, Ace, 7, and Birdie, 20 months.

“I believe in being completely open and honest and I hope they can learn from some of my mistakes – but more importantly, learn that no life is perfect, challenges give us tools and it’s learning from our mistakes that make us stronger,” she told Us Weekly exclusively in February. “There are some topics in the book I don’t think they are mature enough to digest yet, but in due time I will share everything with them.”

One of the many revelations in the book was that Simpson had been inappropriately touched by a family friend at a young age. While at a book signing, a woman approached the former reality star and said her daughters had gone through something similar. At the time, Maxwell was sitting with her mother.

From Music to Mom! Jessica Simpson Through the Years: Photos Read article

“She couldn’t wait to talk to them about my story so they wouldn’t feel alone,” the actress explained to Us. ���Maxwell asked me what she meant and I told her that hurtful things happened to me when I was younger that no child should have to go through. I told her that part of the reason I wrote this book was to help people protect their children as I would always protect her. She nodded and I knew she understood when we were praying the other night before bed and she asked God to please watch over the mean people too and put love in their hearts so all children will be safe.”