Hollywood tradition? Jessica Alba opened up about her odd experience on the set of Beverly Hills, 90210, revealing that a particular rule made her job quite difficult.

‘Beverly Hills, 90210’ Ended 20 Years Ago: What Happened Next Read article

“I couldn’t even make eye contact with any of the cast members, which was really strange when you’re, like, trying to do a scene with them,” the actress, 39, explained on an episode of Hot Ones, released on Thursday, October 1.

Alba went so far as to say she was threatened into complying with the mandate. “It was like, ‘You’re not allowed to make eye contact with any one of the cast members or you’ll be thrown off the set,’” she recalled. 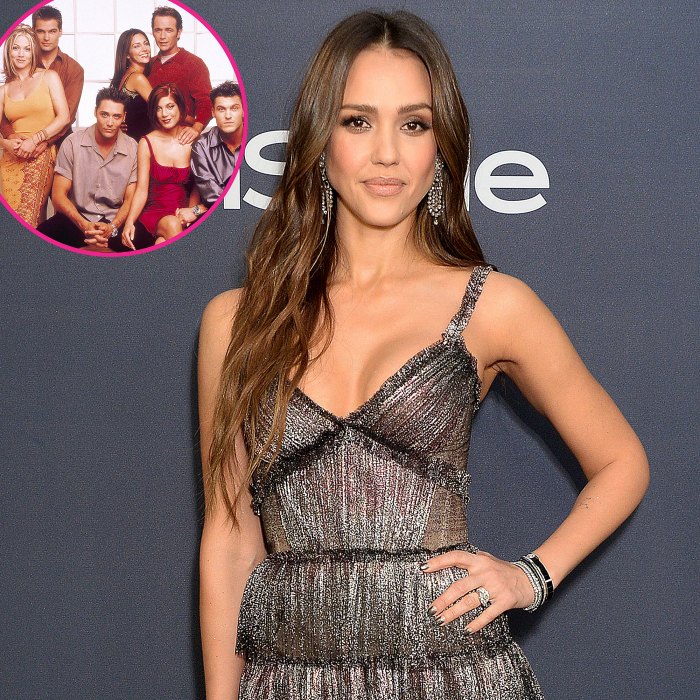 The L.A.’s Finest actress guest-starred as Leanne in two episodes during season 8 of the teen soap, which aired in 1998. She booked the role before breaking out in the film and television industries.

The Fox drama aired for 10 seasons from 1990 to 2000. A reboot of the series — with Shenae Grimes, AnnaLynne McCord and more fresh faces — arrived on The CW in 2008 and stuck around for five seasons. Priestley, Doherty, Garth, Ziering, Carteris, Green and Spelling then returned in 2019 for a one-off revival titled BH90210. 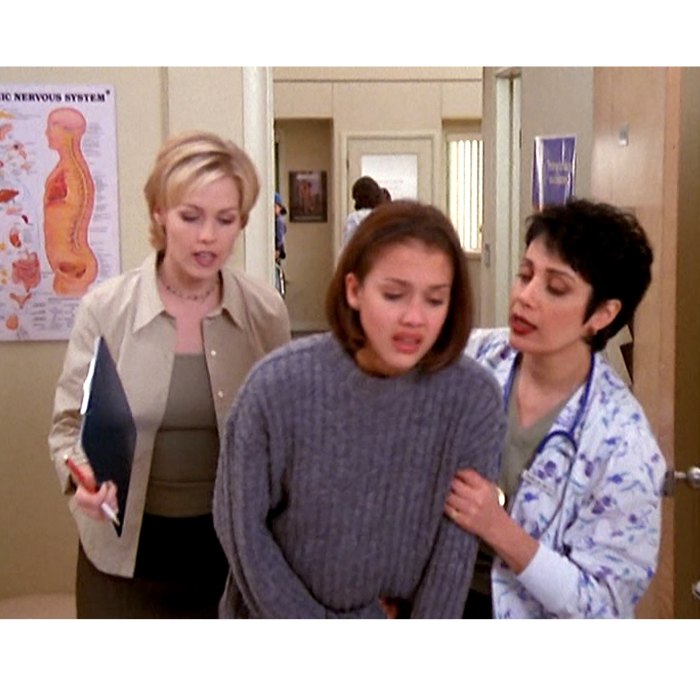 Reliving the Biggest Costar Feuds of All Time Read article

Thiessen, who joined Beverly Hills, 90210 in season 5, had rifts with her costars too, especially Spelling and Garth. “The girls were not very nice to me,” the Saved by the Bell alum, 46, told Howard Stern in a 2012 interview. After becoming friends with the two women later in life, they ended up at odds again.

For her part, McCord, 33, claimed in November 2019 that she faced similar scorn from the original cast. “They were being a little shady toward me!” she exclusively told Us Weekly at the time. “And then I was a little shady back!”

The Nip/Tuck alum then alleged that the actors did not place much value in the CW reboot. “‘They don’t acknowledge your 90210 as the real 90210,’” she recalled hearing at one point.

McCord walked back her comments the following month. “I’m very grateful that 90210 was what it was in the ‘90s because it did give me such an amazing platform,” she told Us before shifting to the topic of the revival. “I mean, they’re iconic. Whatever they do is always going to pull attention. … When you’re the first to do it — a teen show like that — that really had [an] impact. I think that they’re going to always be the icons that they are.”