Cabs are here! The stars of Jersey Shore: Family Vacation are heading west to film season 4 amid the coronavirus pandemic, Us Weekly can confirm.

Deena Nicole Cortese, Paul “DJ Pauly D” Delvecchio Jr., Jenni “JWoww” Farley, Vinny Guadagnino, Ronnie Ortiz-Magro, Angelina Pivarnick and Mike “The Situation” Sorrentino are set to return for the upcoming season in Las Vegas after MTV renewed the series in June. As they prepare to begin filming “soon,” a source tells Us that the cast will be “in a ‘bubble’ type situation” to take extra safety precautions amid the coronavirus pandemic. 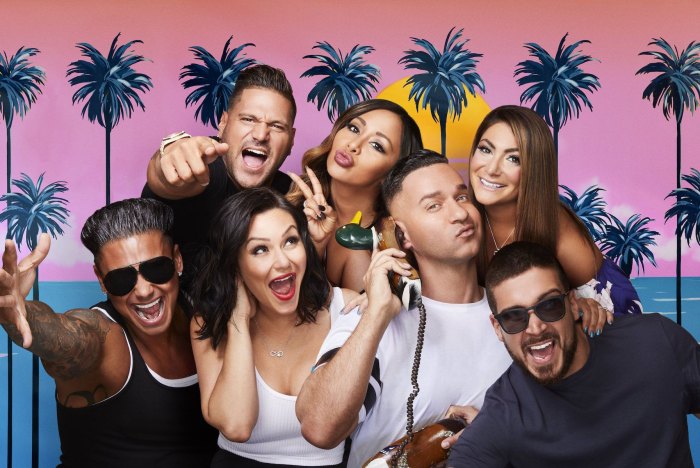 One week earlier, Sorrentino, 38, teased via Instagram that the new season was about to begin. “ITS HAPPENING #jsfamilyvacation 4 🛩,” he captioned a post on September 24, standing outside of a private jet with wife Lauren Sorrentino, who made recurring appearances on the previous three seasons of the reality series.

Jersey Shore: Family Vacation first aired in April 2018, nearly a decade after Jersey Shore premiered in 2009. All of the original cast, including Nicole “Snooki” Polizzi, returned for the spinoff series. In December 2019, the Snooki & JWoww alum, 32, announced that she was done with the reality TV world.

“There’s reasons why I’ve come to this decision,” she said on her “It’s Happening With Snooki & Joey” podcast at the time. “It’s definitely a hard decision … but I have to do what’s best for me at the moment, and I am retiring from Jersey Shore. I am not coming back to Jersey Shore [Family Vacation] for a season 4, if there is one.” 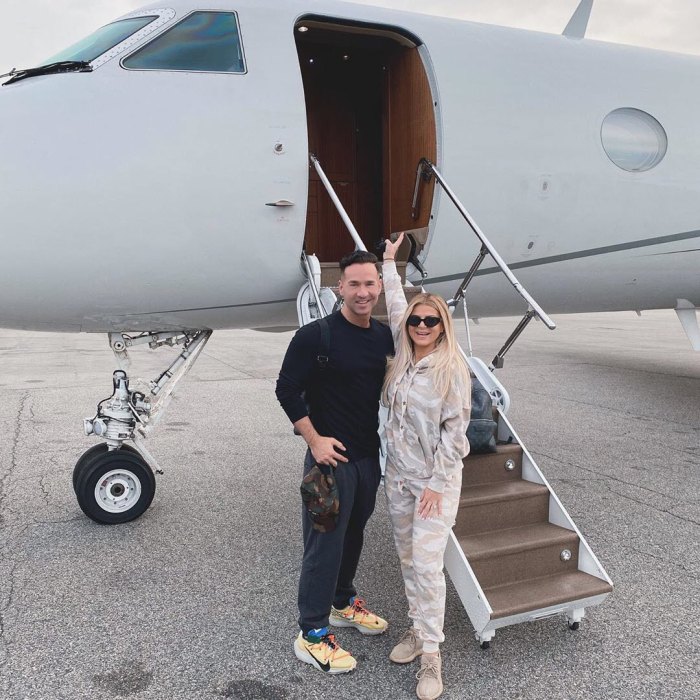 Polizzi, who shares three kids with husband Jionni LaValle, said that her family was a big part of her choice to retire. “I hate being away from the kids,” she said of Lorenzo, 8, Giovanna, 6, and Angelo, 16 months. “I don’t like partying three days in a row. It’s just not my life anymore. And I wanna be home with the kids.”

Her decision to leave the series aired during the season 3 finale in June, when she told Cortese, 33, that it wasn’t “fun” for her anymore. When news broke that MTV had renewed Family Vacation for a fourth season, Polizzi wished her former costars good luck. “Can’t wait to watch,” she tweeted in June.