Not easy to say goodbye! Jenna Dewan is celebrating her 9-year-old daughter Everly’s first trip to summer camp — but the departure was quite emotional for the family.

The Step Up star, 41, took to social media on Sunday, July 24, to share a glimpse at her goodbyes with her eldest daughter. Dewan, who shares Everly with ex-husband Channing Tatum, was joined by fiancé Steve Kazee and their 2-year-old son, Callum.

“Then one day she grows up and wants to go to sleepaway camp 🥺❤️🙏🏻,” the actress captioned an Instagram Story of Everly standing in front of a bus. Another snap showed Everly saying goodbye to her sibling, with a caption that read, “She asked for 20 hugs from Callum 🥰.” 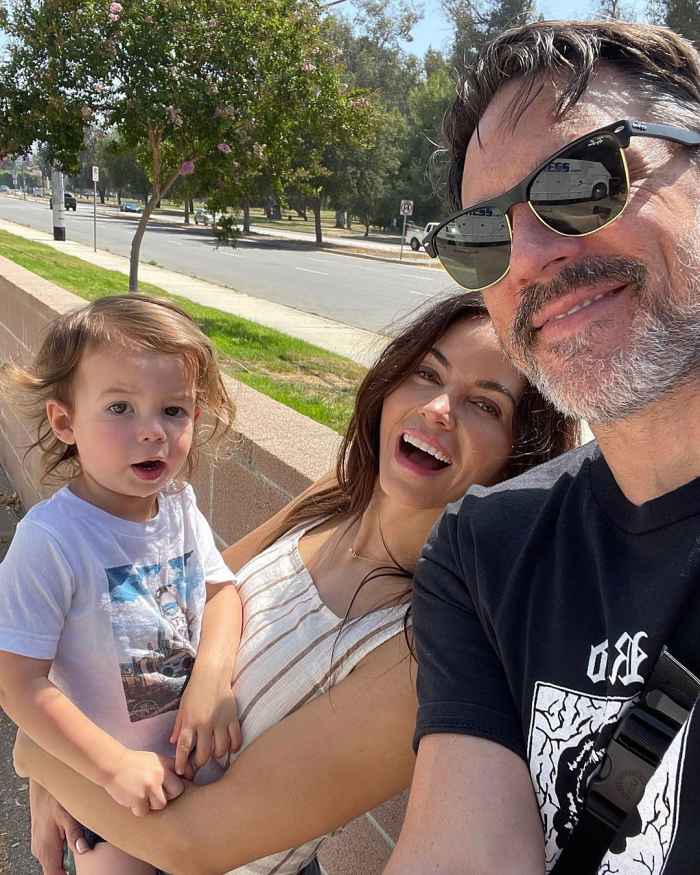 The Supergirl alum also uploaded a pic of Everly’s “cheering crew,” which included the entire family. In a final social media update, Dewan noted that she “held it together until the car” alongside a photo of her in tears.

Dewan and Tatum, 42, welcomed their daughter in 2013 after three years of marriage. In April 2018, the former couple announced they were separating, and the Witches of East End alum filed for divorce six months later.

Earlier this year, the Come Dance With Me judge opened up about how her daughter decided to follow in her parents’ footsteps.

“We’ve always had this joke that coming from two dance parents, she just had no interest at all,” Dewan exclusively told Us Weekly in April, referring to Tatum. “Recently, she’s wanted to take up Irish dancing … on her own accord.”

The Connecticut native explained that Everly has developed an interest in river dancers, adding, “She was like, ‘Oh, my gosh, I want to do that.’ And now she’s going to Irish dance classes. She is so serious about it. She loves it. We are in it to win it … in her own way. That’s very Evie. She wants to do things in her own unique way. It’s so cool.”

Dewan has also previously gushed about Everly’s special connection with Kazie, 47. “They have a beautiful bond,” she shared with Us in November 2021, before discussing her youngest child. “He was born to do anything and everything his older sister does.”

She continued: “He wants to be in every room she’s in. … She loves him, and it’s adorable. They have a cute little relationship because of the age difference so they’re kind of buddied up. … She loves when he is a little naughty. She loves helping out. She thinks he’s so cute.”