Say what? Machine Gun Kelly apparently got his Aston Martin stolen right from his driveway, according to his former neighbor Jeff Lewis.

The Flipping Out host, 50, opened up about the alleged incident during a recent episode of his Jeff Lewis Live show on SiriusXM’s Radio Andy. He recalled a chat he had about the matter with the individual who purchased his old home, which is nearby the 30-year-old “Bloody Valentine” crooner’s residence. 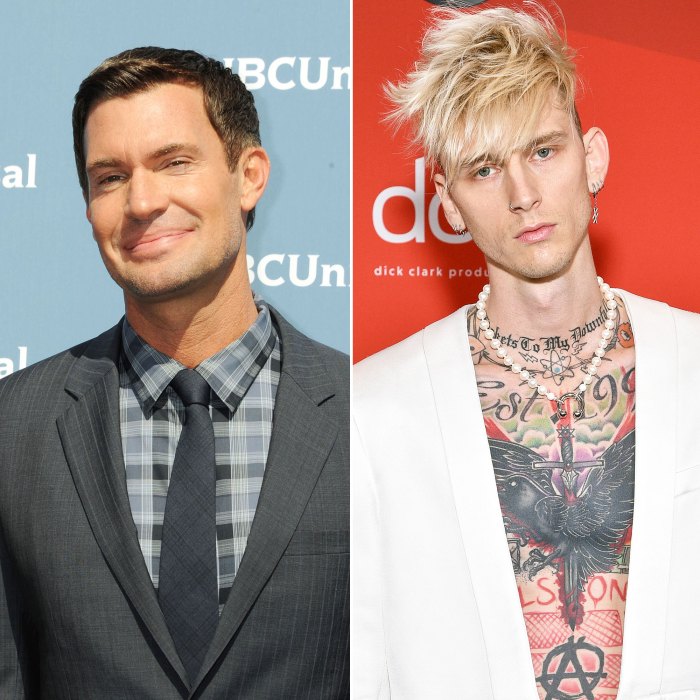 “I got a call from the new owner of Valley Vista. We’re friendly. We’re great. We really love each other, whatever,” the radio personality explained on Wednesday, December 9. “So, she called me up and she said, ‘Jeff, we got a problem.’ She goes, ‘Do you know how to rewind the cameras?’ And I said, ‘Well, I don’t, but call Brett, the AV guy.’ And she’s like, ‘OK, because Machine Gun Kelly’s car got stolen.’ His Aston Martin.”

Referring to the rapper by his given name of Colson Baker, Lewis added, “Yeah, Colson’s car got stolen. You don’t leave an Aston Martin in the driveway in Los Angeles.”

The interior designer wondered whether Kelly’s luxury car would ever be “recovered,” adding that he does “feel bad” for the Big Time Adolescence actor’s situation. Lewis then had a quick sidebar with his assistant, Shane Douglas, to confirm that the cameras on his former home would not have been able to capture the crime. “You’re not going to be able to see his driveway,” he said.

Kelly has an extensive collection of luxury vehicles. When he celebrated his 30th birthday in April, he posed on top of a Harley Davidson motorcycle that was positioned in front of his purple-colored Aston Martin.

The “Rap Devil” artist has taken out his Aston Martin quite a bit, including while his girlfriend, Megan Fox, was in the passenger seat. The duo, whom Us Weekly confirmed were “officially dating” in June, were photographed traveling together in the car in May.

The Texas-born rapper recently raved about how Fox, 34, has positively impacted his life. “Love is not what’s being encouraged now. In fact, it’s exactly the opposite: Everything now is isolation, dehumanization, separation,” he told Nylon in November. “And f–k, dude, you have in your head that you’re this rock star, with multiple women and all that. So, finding someone that can take you out of the fast lane and make sure that you’re safe, because at any minute you can crash — I love that it can evolve into that.”