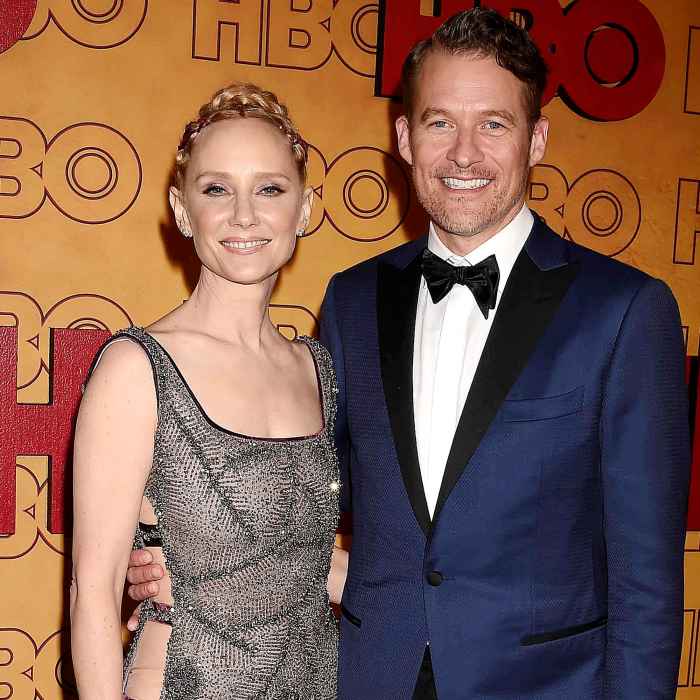 In her defense. Emily Bergl and James Tupper are showing their support for Anne Heche following her death.

Bergl, 47, who worked on the ABC series Men In Trees with Tupper, 57, and Heche, recently spoke out via Instagram, slamming people who called the late actress “crazy.”

“’You worked with crazy Anne Heche?’ ‘So how crazy was she?’” Bergl began her lengthy Instagram post, which detailed her experience working with the “genius” performer who “elicited more curiosity than any other famous person.”

The Shameless actress added that Heche “was talking about mental health before it was acceptable to talk about those struggles,” noting the Six Days Seven Nights actress’ “sometimes harrowing life” that colored her experience. 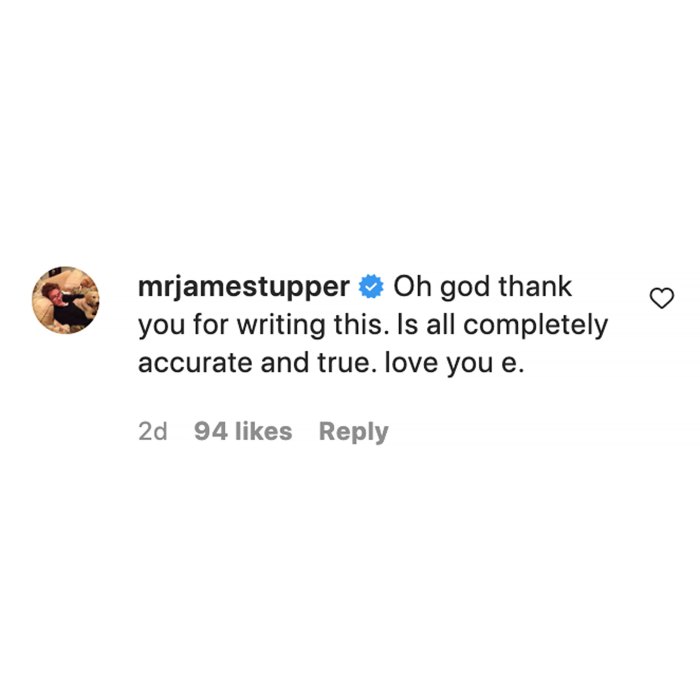 “We so rarely investigate the abuse, the gaslighting, the misogyny, the homophobia that drives people to finally take up the ‘crazy’ mantle that’s been placed upon them,” the Marvelous Mrs. Maisel actress concluded her post, encouraging her fans to purchase Heche’s memoir, Call Me Crazy.

Shortly after Bergl’s post, Tupper, who dated Heche for years, commented, “Oh god thank you for writing this. Is all completely accurate and true. love you e.”

The Ohio native moved in with Tupper in 2007 and they welcomed a son, Atlas, in March 2009. They confirmed their split in 2018 after more than a decade together.

Heche was declared legally dead on Friday, August 12, one week after a car accident that left her with severe burns and head trauma. A rep for the actress initially said that Heche was in stable condition following the incident, but days later, the spokesperson confirmed to Us Weekly that the Volcano star had fallen into a coma.

On Sunday, August 14, the Daytime Emmy winner was taken off life support after her organs were evaluated for donation. Her rep told Us that she would receive an Honor Walk in the hospital to mark her donation.

Tupper wasn’t the only one of Heche’s exes to pay tribute after hearing the news of the Donnie Brasco actress’ death.

“This is a sad day,” Ellen DeGeneres, who Heche dated from 1997 to 2000, tweeted on Friday. “I’m sending Anne’s children, family and friends all of my love.”

Thomas Jane, whom Heche briefly dated in 2019 and 2020, also paid tribute via Instagram following the news of his ex’s death. “Rest In Peace beautiful friend @anneheche,” the Vendetta actor, 53, captioned a post of an image of Heche. “May 25th, 1969 – August 12th, 2022. Comments to come. Please keep her two sons, family and loved ones in mind, in your hearts… and in peace. With love.”