Twerking up a storm! Jack Black sent the internet into stitches after posting his stripped-down version of Cardi B and Megan Thee Stallion‘s viral “WAP” dance challenge.

How Stars Are Self-Quarantining Amid the Pandemic Read article

“CHALLENGE ACCEPTED,” the 51-year-old comedian wrote via Instagram on Sunday, November 15, alongside a video of himself gyrating in a red Speedo swimsuit. As he twerked beside his family’s pool, Black got drenched in water sprayed from a hose off camera. 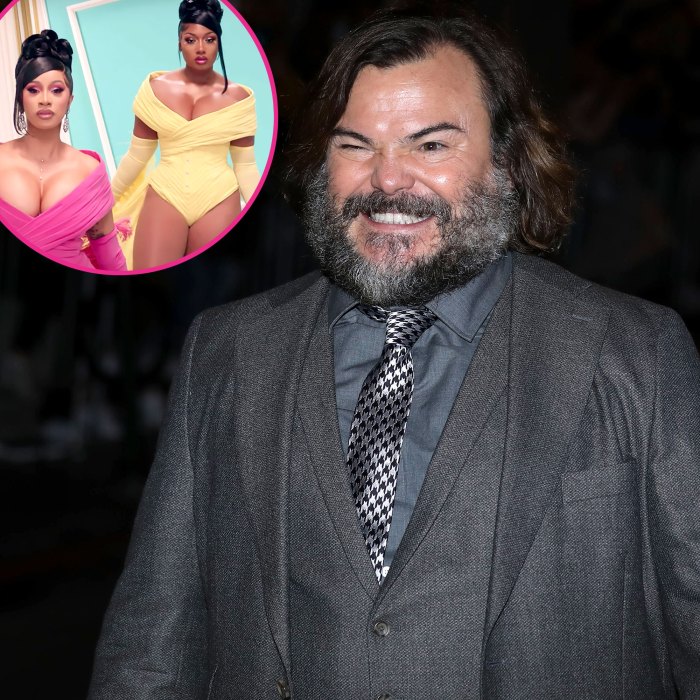 “Get it !!!” Robert Downey Jr. commented on the School of Rock star’s post. Jeremy Renner, Joel McHale, Colin Hanks and more shared their surprised reactions as Black shook his hips to the NSFW rap song.

The Community alum, for his part, called Black’s shirtless dance video “the best thing that ever happened.”

Earlier this year, the Jumanji: Welcome to the Jungle actor took social media by storm after sharing another memorable (and meme-worthy) video on TikTok. While showing off his “stay at home dance” amid the coronavirus pandemic in March, Black went shirtless in a pair of black cowboy boots and athletic shorts, instantly landing himself in the TikTok hall of fame. 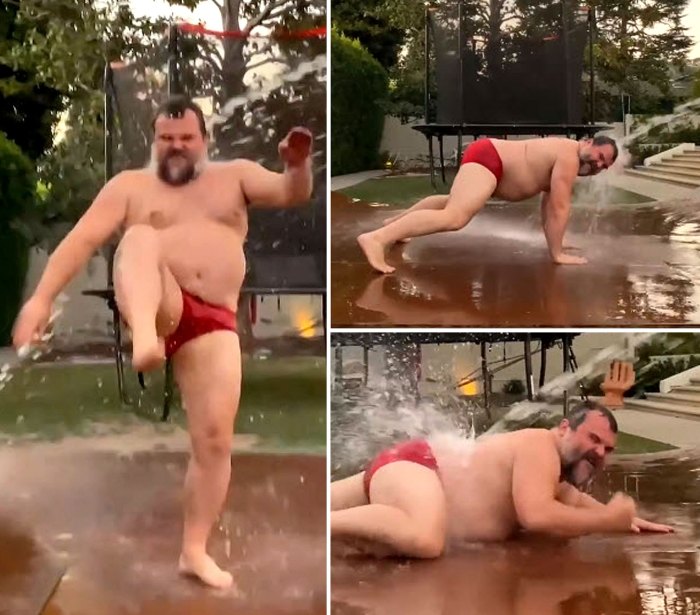 Social media users all over the world having been attempting to nail the viral “WAP” choreography since the song made its debut in August. When the music video first dropped, Cardi, 28, and the “Savage” rapper, 25, turned heads with the racy visual, which also featured Normani and Kylie Jenner.

Though her collaboration with the Texas native pushed lyrical limits with its explicit content, Cardi admitted in August that there are some words that she’ll avoid in her songs at all costs.

“‘Discharge’ is kind of gross, but it’s not, like, a cringey word. A cringey word to me is ‘moist.’ I hate the word ‘moist,’” the “Bodak Yellow” artist said during an interview on The Kyle & Jackie O Show at the time. “And I hate the word ‘horchata.’ It’s like a Mexican drink that is made out of, like, brown sugar or something. I don’t even know what the hell they put in it, but it’s really good, but I just hate that word.”

Read More: Jack Black Twerks to Cardi B and Megan Thee Stallion’s ‘WAP’ in a Speedo