The secret’s out! David Beador and pregnant Lesley Cook have a baby girl on the way.

“We feel blessed to be adding a little girl to our big family,” Cook told E! News on Wednesday, September 30. “We tried for a really long time. Everyone is super excited, especially David’s mom and sisters. We have a lot of family eager to help.”

The pregnant star went on to tell the outlet that Beador’s daughters with his ex-wife, Shannon Beador — Sophie, 19, and twins Adeline and Stella, 16 — are “super excited” to welcome a younger sibling. 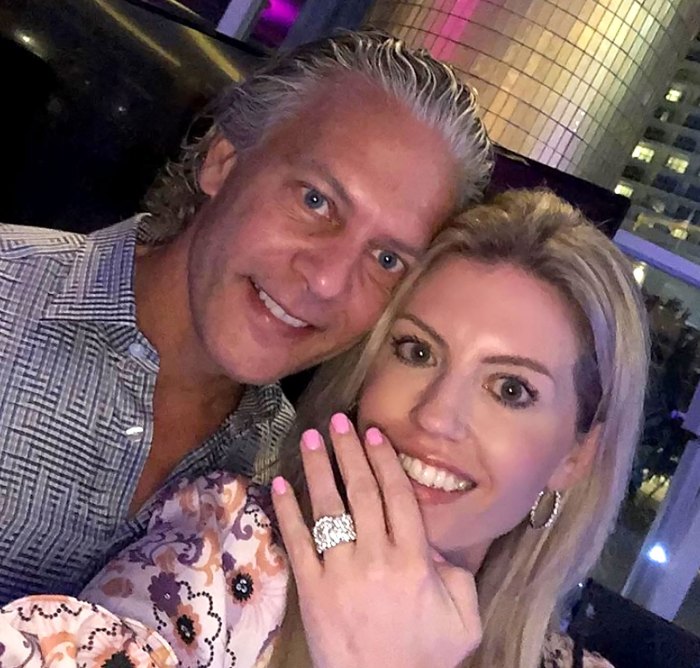 “One even called me right away, so excited she’s going to be a big sister again,” Cook, who is also the mother of a son and daughter from a previous relationship, added.

The couple revealed in July that they are expecting their first child together. Cook posted a photo of a bun in an oven on Instagram at the time. She tagged herself in the bread and write, “You’re just a small bump.”

She went on to add an emoji of a pregnant woman to her Instagram bio, then told her daughter, Inga, the news in a TikTok video. “You’re gonna be a big sister, can you believe it?” Cook asked the toddler in the footage. “Are you excited? Wow, that’s a lot of excitement.”

She and David, 55, started dating in 2017. The entrepreneur finalized his divorce from Shannon, 56, two years later.

David currently coparents his and the Real Housewives of Orange County star’s daughters with “50/50 custody.” Cook exclusively told Us Weekly in March 2018 that her then-boyfriend is an “absolutely amazing dad.”

She gushed at the time: “He takes his daughters to school every morning, well the ones that don’t drive. He takes them to all of their after-school activities, drives them to their tournaments and is always there for them. His daughters are the absolute light in his life, and he loves them so very much. The girls will always come first.”

In January, David proposed to Cook. “Today I Said YES to the man of my dreams,” the bride-to-be captioned her Instagram reveal at the time. “You complete me! … Looking forward to eternity with my love, I LOVE YOU LOVE!!!”