Wait, what?! Brooklyn Beckham debuted a new tattoo of eyes on the back of his neck, leaving many fans to wonder if they’re fiancée Nicola Peltz’s.

On Sunday, October 4, the 21-year-old photographer posted a pic to Instagram of himself applying lipstick on his fiancée to promote his mom Victoria Beckham’s new Posh Lipstick collection. “Posh is back ❤️,” he wrote in the accompanying caption.

As exciting as this news is alone, we couldn’t help but focus on the giant, detailed ink on the back of his neck. Between the curve of the lids, the long lashes and the sultry liner, it truly looks exactly like Peltz’s peepers. And we aren’t the only ones who think so.

“Wait are those Nicolas eyes on the back of his neck..?” one commenter asked, while another simply wrote, “Omg you tattooed her eyes.”

If the seemingly new ink is real, this is just one of Beckham’s many, many, intricate designs. Like his father, David Beckham, the young man is definitely not afraid of self-expression through body art. Some of his most extravagant designs include a large depiction of four cherubs playing with each other done amongst pink clouds on the right side of his chest, with “mama’s boy” written on the other. He has a camera inked onto his bicep, a ship on his forearm and an eagle on his hand. So naturally, it was only a matter of time until he got something for his new love. 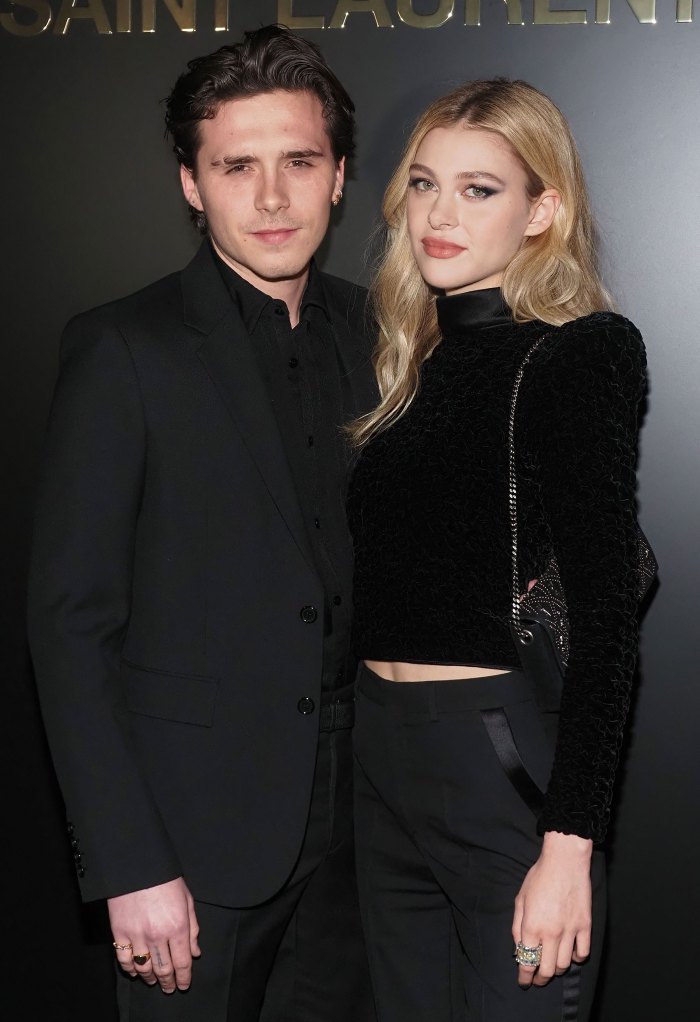 Back in July, after dating less than a year, Beckham proposed to Peltz with a 5-carat emerald diamond ring. “Two weeks ago I asked my soulmate to marry me and she said yes,” he wrote in an Instagram post on July 11. “I am the luckiest man in the world. I promise to be the best husband and the best daddy one day ❤️ I love you baby xx.”