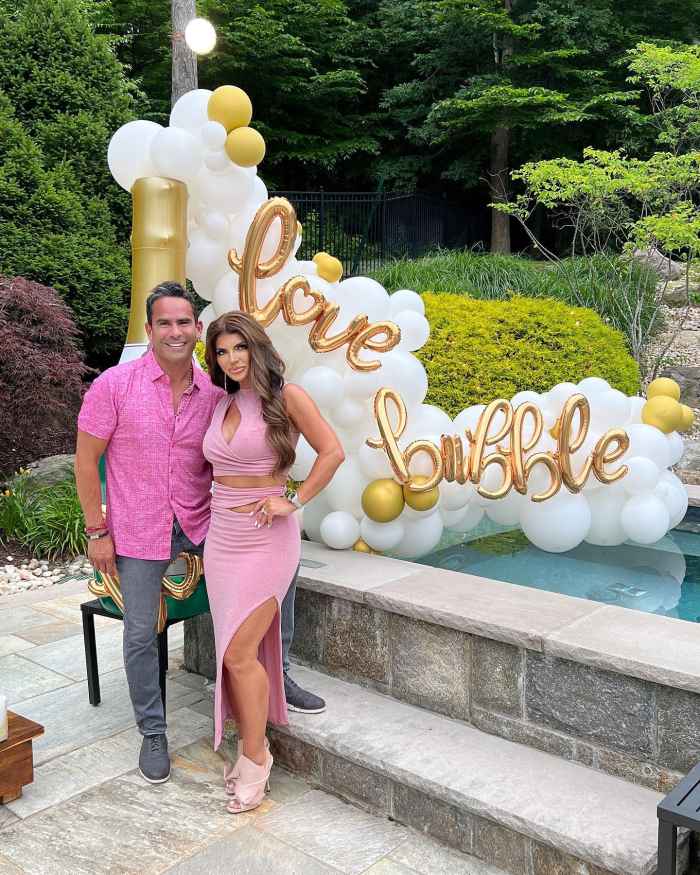 The “love bubble” lives on! Real Housewives of New Jersey star Teresa Giudice and her fiancé, Luis Ruelas, celebrated their new home together with an elaborate party — and a little bit of drama.

“It was a housewarming party that was filmed for the show,” an exclusive source shared with Us Weekly of the June 16 event, which featured numerous references to the couple’s “love bubble” — something Giudice, 50, has protected at all costs after she began dating Ruelas, 46, in July 2020.

The insider added that all New Jersey Housewives were in attendance, as well as Danielle Cabral, Jennifer Fessler and Rachel Fuda, who are rumored to be filming with the ladies. Although the mood was “celebratory,” our source noted there was still a little “drama” that went down. 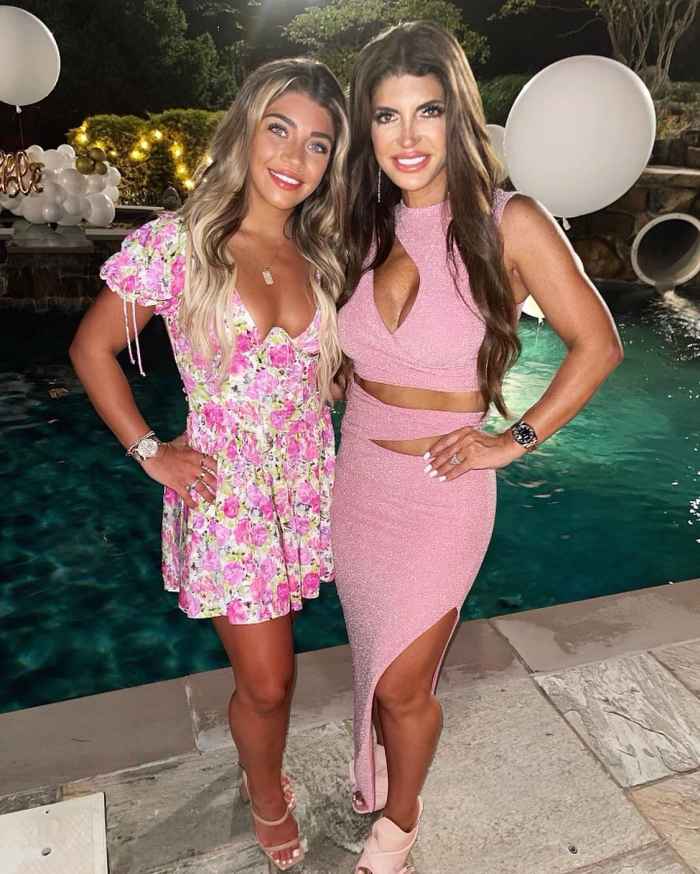 “Jennifer Aydin was arguing loudly with someone, and Jackie Goldschneider was also arguing with one or more of the new girls,” they shared of the event, which also featured some “delicious Italian food” from Calibria Pizza & Pasta and Giudice’s favorite tequila brand, Dano’s Tequila.

Giudice was excited to share the details of her housewarming party, as she posted numerous photos via her Instagram which showed off decor from The Balloon Boss based out of Fairfield, NJ. She’s been a little more cautious, however, with the details of her wedding after New York City Housewife Ramona Singer accidentally leaked the date and location of the big day.

“I called her and I’m like, ‘Can you please take that down off your Story right now,’” Giudice told Entertainment Tonight at the MTV Movie & TV Awards on June 5. “And she’s like, ‘Oh, my God, what did I do?’ She was like, ‘It was the most beautiful invitation I’ve ever got, and I get a lot of invitations.’”

Although Giudice and her man agreed it was an “honest mistake,” she also noted they had to implement some changes because of the incident. “Now I’m gonna have to have extra security,” the Bravo personality shared.

Singer later issued an apology for the snafu, with her rep telling Page Six that the New York native was “so sorry” for her actions. “She was not thinking and is so excited for Teresa and loved the invitation. She has apologized to Teresa,” the rep shared with the outlet.

In addition to Singer, Giudice announced that she was “inviting a lot of Housewives” to the event, making it a truly Bravo-friendly affair.

“We’ll see who comes and who can make it and who can’t make it,” the reality star exclusively revealed to Us at the May 16 NBCUniversal upfront event. 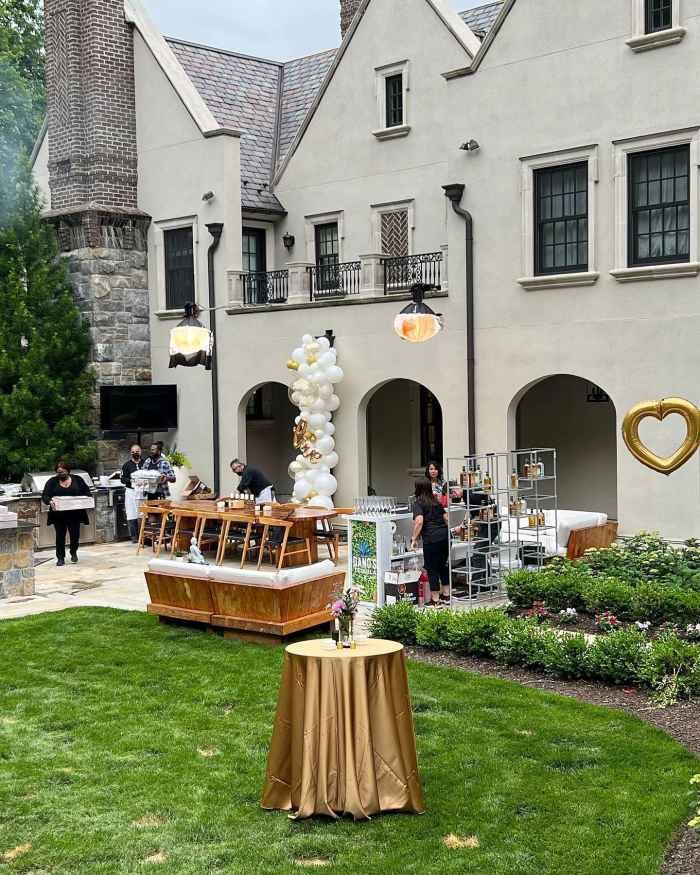 Even though the star-studded soiree would make for excellent TV, Giudice admitted she’s “still debating” whether she wants the Garden State ceremony to be filmed. “It’s just a lot, you know?” she told Us.

She is, however, enthusiastic about creating an unforgettable evening, adding that she’s already “got a lot done” in preparation for the big day.