Inside Stranger Things’ ‘Unorthodox Form of Shooting’ Amid the Pandemic

Back to Hawkins! The AV Club kids may have a tough time staying safe against the demodogs, but off camera the Stranger Things cast has been taking precautions amid the ongoing coronavirus pandemic.

“It’s definitely an unorthodox form of shooting. Everyone on set has been very diligent about wearing their PPE [personal protective equipment],” Gaten Matarazzo, who plays Dustin Henderson, exclusively told Us Weekly. “Even for our off camera work we keep our masks and goggles on. Lots of distancing. Separation during lunch, and transport from base to set.” 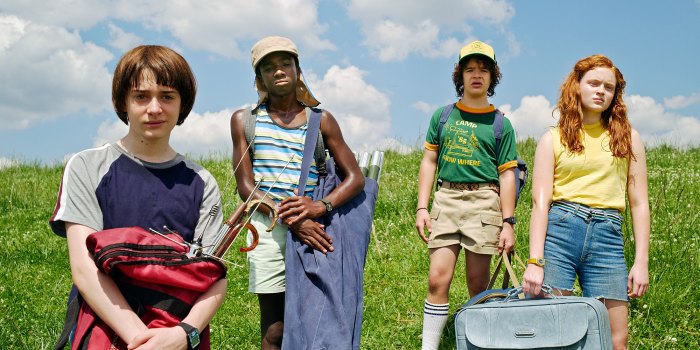 Production on the Netflix series shut down in March just one month into shooting. The cast and crew returned to Atlanta to resume filming season 4 in October.

“Because of how long we are all apart it got hard to keep in touch super diligently,” the Broadway actor, 18, added. “But the kids would always check in on each other to see how we were doing. We have to look out for each other.”

Matarazzo hinted at newcomers arriving to The Upside Down world. “Coming back for the table read just felt relieving. It had been long overdue to get back to it,” he told Us. “The pandemic hitting right after didn’t help. But just to see everyone and getting to see new faces was always extremely fun.” 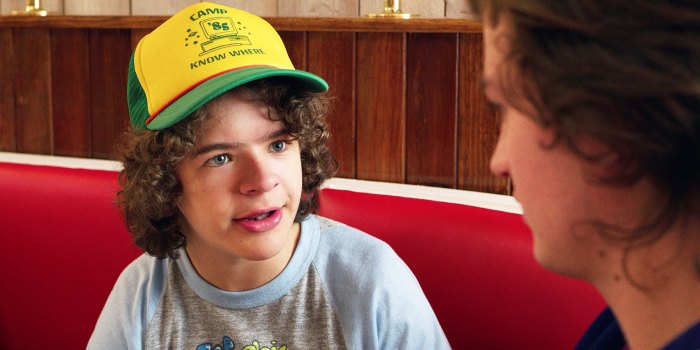 Back in August, creators Matt and Ross Duffer teased what’s next — and how season 4 won’t be the last time viewers will see Eleven and the rest of the gang.

“We’ve had a lot more time to work on the scripts. For the first time, we have all the scripts written and we’re able to look at it as a whole piece and make adjustments,” Matt told The Hollywood Reporter at the time. Ross chimed in: “Season 4 won’t be the end. We know what the end is, and we know when it is. [The pandemic] has given us time to look ahead, figure out what is best for the show. Starting to fill that out gave us a better idea of how long we need to tell that story.”

The pushed-back release date for season 4 has yet to be announced.

Read More: Inside Stranger Things’ ‘Unorthodox Form of Shooting’ Amid the Pandemic