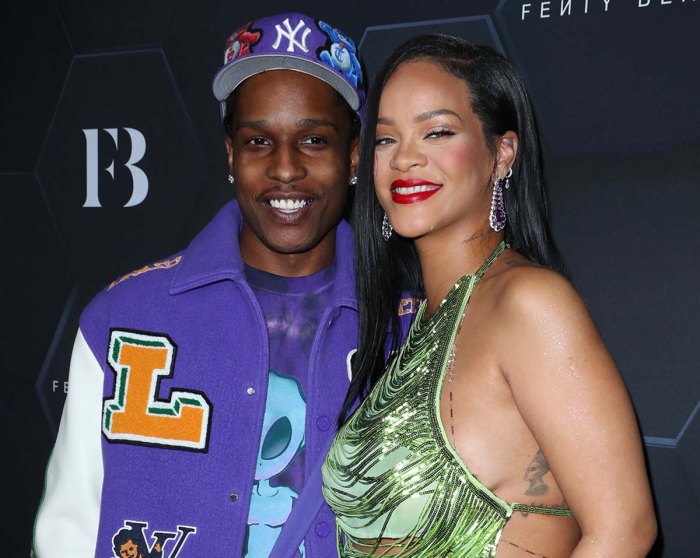 New baby bliss! Rihanna and ASAP Rocky are adjusting to parenthood “well” months after their son’s arrival, a source exclusively tells Us Weekly.

Rihanna and ASAP Rocky: A Complete Timeline of Their Relationship Read article

“They rarely leave their baby’s side,” the insider adds of the Grammy winner, 34, and her partner, 33, who became parents in May. “They’re being very private about their newborn out of concern for his safety and really just want to keep him away from the public eye for the time being. … They both feel really blessed and couldn’t be happier.”

When it comes to bouncing back after baby, the “Complicated” singer is taking her time. “Rihanna’s not in a rush to lose the baby weight. She’s really embraced her body and doesn’t feel pressure to lose it quickly,” the source tells Us. “Rihanna is a workaholic so it’s nice to see her taking the time to flourish in motherhood.”

The couple sparked romance rumors in December 2019, with Us exclusively reporting two months later that the musicians were “hooking up.” The “Good for You” rapper broke his silence on the relationship in May 2021, calling Rihanna “the love of my life” during an interview with GQ.

“[It’s] so much better when you got The One. She amounts to probably, like, a million of the other ones,” the New York native said at the time. “I think when you know, you know. She’s The One.”

The Fenty Beauty creator announced her pregnancy the following January with a fashionable NYC maternity shoot. “They’re both very excited,” a source told Us at the time. “Rihanna’s going to be an amazing mother. She’s had some practice already with her nieces and nephews. … She’s been taking care of herself and her growing baby. ASAP is attending to her every need, definitely treating her like a princess.”

Since welcoming their son earlier this year, the “Love on the Brain” artist and the record producer have laid low. Rihanna made her first public appearance since giving birth in July at GoPuff Delivers Wireless 2022, a 10-day music festival in London’s Crystal Palace Park, and the couple were spotted together on a stroll through NYC earlier this month.

“They’ve been going on some low-key date nights but are still focused on raising their baby boy,” the first source tells Us.

The twosome have yet to reveal the name they chose for their son, but Rocky spoke about his hopes for the infant’s future during a candid interview with Dazed magazine in May. “I will always remind my [future] children to never lose their imagination, even as adults, no matter what. I actually love to watch cartoons,” he told the outlet. “I hope to raise open-minded children. Not people who discriminate. And I’m not trying to describe a saint, but realistically, I just want a cool child with cool parents.”