The Real Housewives of Beverly Hills star Erika Jayne and her husband, Tom Girardi, were on two different paths long before calling off their 21-year marriage.

“Erika and Tom had an unconventional marriage, spending a lot of time apart. Several months,” a source exclusively tells Us Weekly. “They would travel separately. Tom gave Erika a very lavish lifestyle, and she enjoyed it.”

After joining the cast of the Bravo reality series in 2015, Erika “gained independence and confidence,” the source adds. “The exposure it has given for her singing career has given Erika a much larger fan base.” 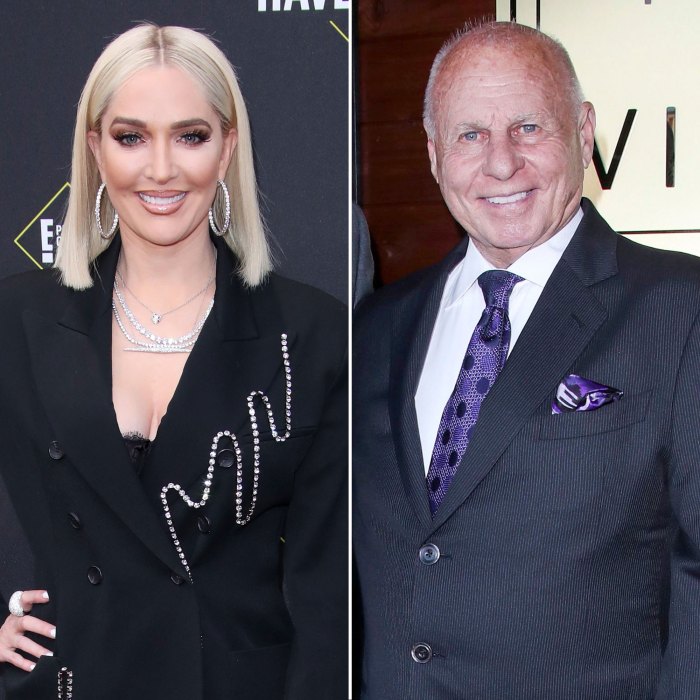 The reality star, 49, filed for divorce from the powerhouse attorney, 81, on Tuesday, November 3. She later said in a statement to Us, “After much consideration, I have decided to end my marriage to Tom Girardi. This is not a step taken lightly or easily. I have great love and respect for Tom and for our years and the lives we built together. It is my absolute wish to proceed through this process with respect and with the privacy that both Tom and I deserve. I request others give us that privacy as well.”

Erika met Tom in the late ‘90s while waitressing at the famed Los Angeles restaurant Chasen’s. They tied the knot in January 1999.

Since becoming a reality TV star, the “XXPEN$IVE” singer has found herself having to address her and the lawyer’s 32-year age difference a number of times on both the small screen and social media.

“It was always a bigger deal to everyone else than it was to either of us,” she wrote in her 2018 book, Pretty Mess. “All a couple really needs is to have the same life philosophy. If you see things the same way, then age, race, religion — none of that comes into play. I have a thirst for knowledge and Tom has a wealth of it. He is a great mentor, a great teacher and somebody I really admire.”

‘RHOBH’ Season 11: Everything We Know So Far Read article

Erika put it more bluntly on RHOBH earlier this year, saying, “I’m tired of having to justify my 20-year marriage. Go get a 20-year marriage and then come f–king talk to me.”

The Chicago star was previously married to Thomas Zizzo, with whom she shares son Tommy, a 26-year-old police officer in L.A.

Us Weekly has reached out to Erika and Tom’s reps for comment.