Influencer Arielle Charnas Is Pregnant After Suffering an Ectopic Pregnancy

Miracle baby! Arielle Charnas announced she is expecting her third child five months after revealing she suffered an ectopic pregnancy earlier this year.

“And then there were three. ✨ #rainbowbaby,” the influencer, 33, captioned an Instagram photo of her shadow, showing off her growing belly on Tuesday, December 1.

The Something Navy founder also shared a series of Instagram Story videos, revealing how grateful she is for the positive comments on her family’s big news.

“Thank you all so much for your warm and kind, sweet messages,” she said. “I’m just so grateful that I get to do this again. I honestly feel like I forgot everything. It feels like the first time all over again.”

Charnas, who shares two daughters Ruby, 4, and Esme, 2, with husband Brandon Charnas, said she is “feeling good” now, noting it has been “really hard” hiding her belly from her fans. 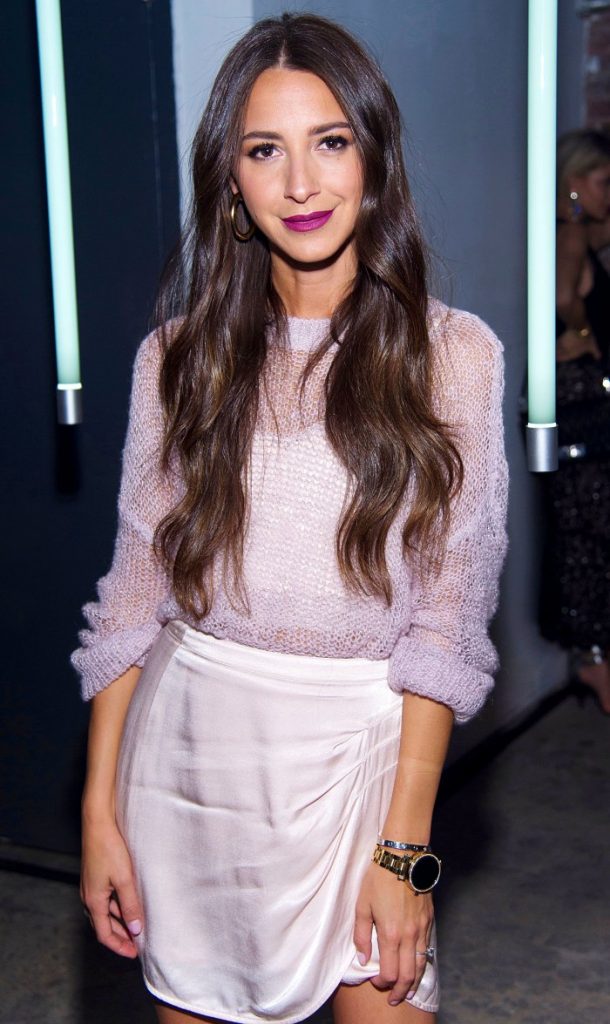 “[It] definitely gets bigger earlier on, third time around,” she added.

The designer’s pregnancy reveal came after Arielle shared her “really difficult” experience in June when she suffered an ectopic pregnancy a few weeks prior.

“All I think about is what I went through, and I wish I could talk to some of you about it. So I’m just going to tell you what happened,” she said in an Instagram Story on June 25. “I was pregnant and I was expecting my third baby and things just went wrong and I ended up losing the pregnancy.”

Arielle explained the “emotional roller-coaster” that followed the loss, noting that after having two healthy pregnancies it “just really came out of nowhere and was the worst experience I’ve ever been through.”

Two months prior, the former model made headlines when she returned to Instagram following a three-week hiatus after receiving backlash for not self-quarantining after testing positive for coronavirus.

The time off allowed Arielle to “reflect and be with my family” and “opened my eyes in so many ways both personally and professionally,” she wrote via Instagram upon her April return. “It is growth that I am extremely grateful for,” she added.

The New-York based designer was slammed in March after she was spotted in the Hamptons instead of following the advice of doctors and quarantining for two weeks. She later apologized for her actions, saying, “I never in a million years wanted to hurt anyone. We’re not bad people. I’m sorry for anyone that I’ve offended or hurt over the last couple of weeks.”