How Nikki Bella, Artem Chigvintsev Will Coparent Son Matteo if They Split

Planning ahead. Nikki Bella and Artem Chigvintsev have been talking about their 4-month-old son Matteo’s future in the event of a split.

“Because you travel so much, I feel like I have more chances of having the kid,” the Dancing With the Stars pro, 38, said in the Thursday, December 3, episode of Total Bellas while discussing custody. “You’re always busy, so I think I’ll probably be more suitable. … It’s OK. You can see him on the weekends, it’s fine.” 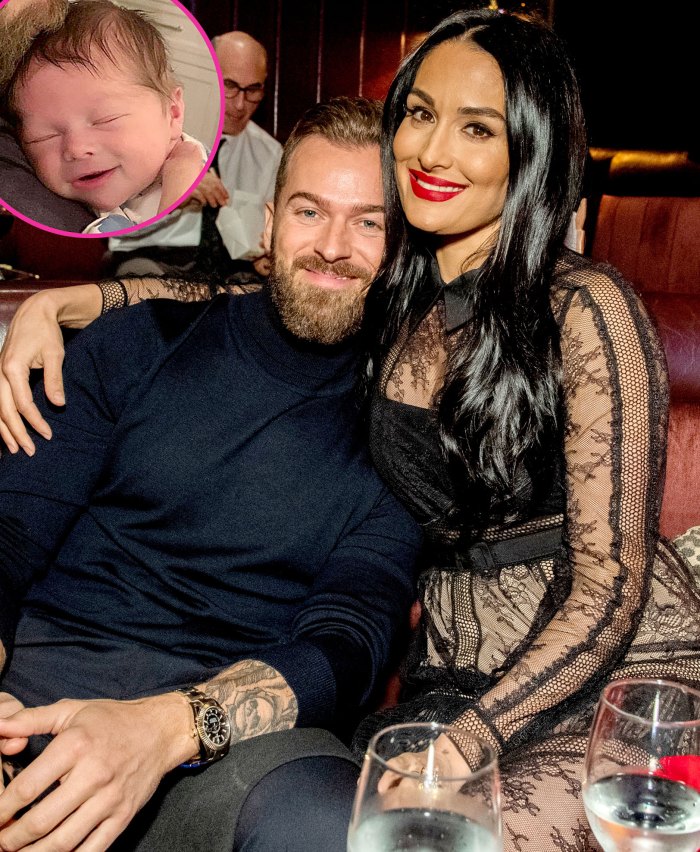 The former professional wrestler, 37, who was pregnant when filming the E! episode, replied, “But what if you’re dancing and you’re in season and then you’re on tour? What, is he gonna be dancing on stage with you? … Artem, we definitely have a lot to figure out.”

The Russian dancer said that his ultimate goal was to “do what’s best for the kid,” and his fiancée agreed. “Me and you, at the end, of the day want the best life for Matteo no matter what,” the California native said. “He’s the focus.”

In a later conversation, Chigvintsev noted that he and Bella shouldn’t set their custody plans in stone ahead of a possible split. “I don’t think you can just say, ‘Yes, if we break up, Matteo goes with you,’ or, ‘Matteo goes with me,’” the Strictly Come Dancing alum explained. “I don’t think that’s going to be the case. It’s going to obviously be evaluating the situation for both of us in our lives and what stages we are [at]. It’s not about deciding now because what if things change dramatically and God knows what can happen.”

The DWTS season 29 winner added that he did understand the “importance” of the conversation, however, in a confessional. “I totally understand where Nicole comes from,” he said. “Matteo is the priority and we want for him to have the best life he can.”

When it came to choosing godparents, the pair quickly agreed that Brie Bella and her husband, Daniel Bryan, should fill the roles. “I think it’s a smart choice,” Chigvintsev said.

He and Nikki welcomed their son in July, six months after their pregnancy announcement. Us confirmed in January 2019 that the couple had started dating, and they got engaged in November of that same year in Paris.