Mr. Feeny taught them well! Rider Strong, Danielle Fishel and Will Friedle may not fully recall some episodes they will be recapping on their new “Pod Meets World” podcast, but the actors know their trivia about the beloved series, Boy Meets World.

‘Boy Meets World’ Cast: Where Are They Now?

Strong, 42, Fishel, 41, and Friedle, 45, were quick to answer facts about the John Adams High gang — Shawn Hunter, Topanga Lawrence, Eric Matthews and more — in Us Weekly’s exclusive game. And even when one answer was a bit off, they were quick to correct each other.

An easy one, of course — who delivered the very last line of the series?

Cory and Shawn’s college room number, however, was a bit trickier to remember.

“No idea! We had a room number?” Strong jokes.

Stars Who Found Best Friends in Their Costars

The longtime pals knew exactly when Topanga cut off her iconic hair, though. 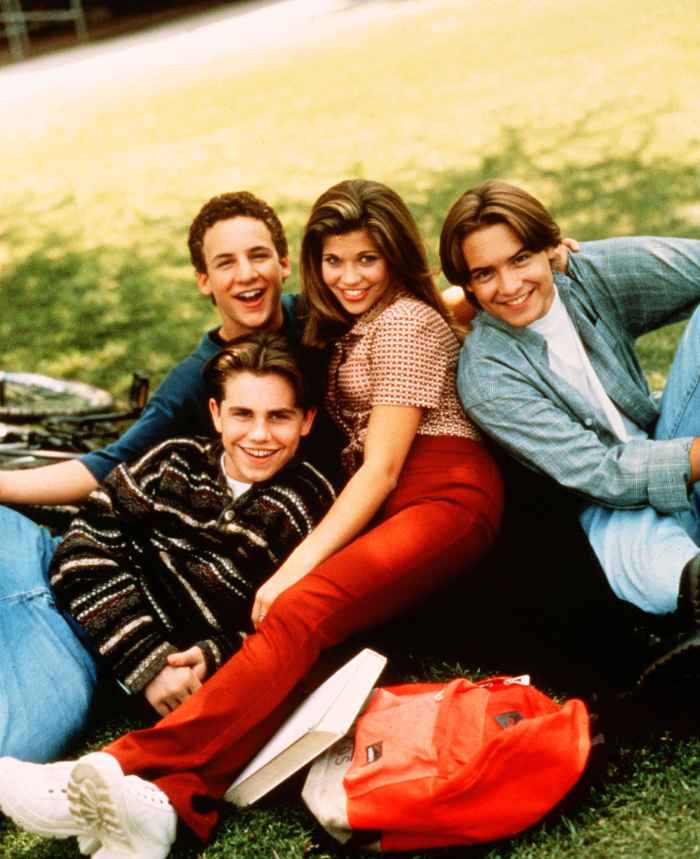 “Oh boy. I believe that is season 4,” Fishel says, with the trio shouting the episode title in unison: “Hair Today, Goon Tomorrow!”

But for the one question that had them stumped? How many times has Eric said “Feeneeeey!” over the seven seasons. And it turns out, no one has ever counted! But the actors may change that on their podcast, which they launched in June.

As for the call, Friedle actually began to exaggerate Mr. Feeny’s (William Daniels) name in later episodes with no direction from the writers’ room.

“The script would say something like ‘Eric walks to the fence’ and then I’d have a line [of] ‘Mr. Feeny!’ with an exclamation point. That was it. And then I, being a ham, it kept getting longer and longer and longer. That was all just me,” Friedle reveals to Us. “As long as I can stay on camera, I will! Especially in the beginning when it wasn’t about me at all, where it was just like, I’m gonna milk this as long as I possibly can. And I think the Feeny call was born.”

For more trivia with Strong, Fishel and Friedle, watch the video above!

“Pod Meets World” is distributed by the iHeartPodcast Network. For more, follow the podcast here.