Grey’s Anatomy‘s cast and crew have returned to the set but everything from writing the script to filming has changed due to the coronavirus pandemic.

Showrunner Krista Vernoff told Variety on Thursday, October 1, that “massive” adjustments were made to safely produce season 17, which resumed filming on September 8 after a six-month hiatus. 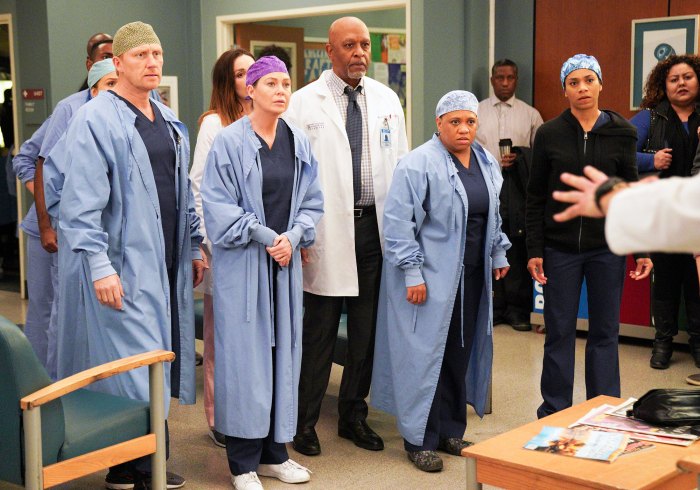 “It’s social distancing, it’s masks, it’s visors — it’s masks on the actors between takes and during rehearsals,” the producer, 64, explained.

The protocols begin with the writers, who penned fewer scenes due to their filming being cut down from 9-12 hours per day to 10 10-hour days. “It’s just shocking how slowly we’re having to move,” Vernoff said.

Actors and anyone who comes within six feet of them must undergo testing three times a week. Everyone in the hair and makeup trailer is required to remain silent because the actors’ faces are bare. The cast will also carry their own makeup bags for touch-ups.

From TV Shows to Music Festivals: How Coronavirus Is Affecting Hollywood Read article

As for filming, the lenses on the cameras have been changed to make people look closer together even though they film scenes farther apart. 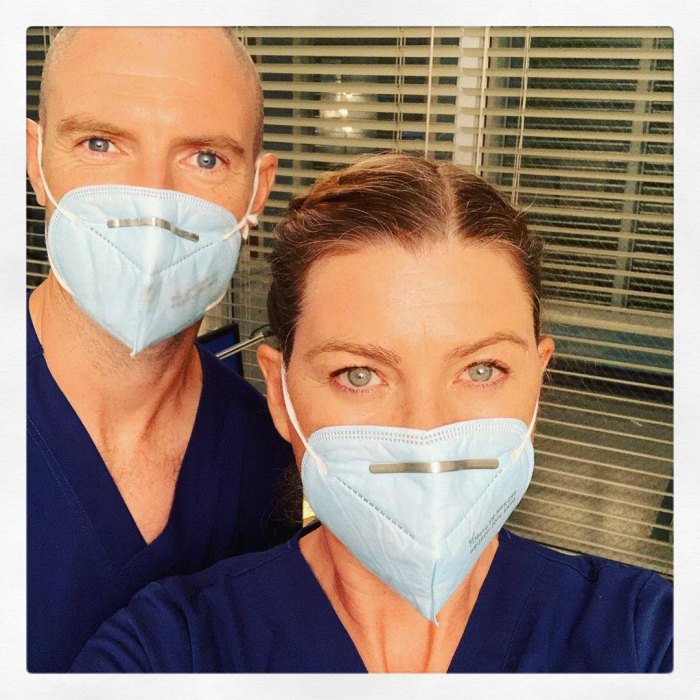 The screenwriter added, “Everyone was willing to scale the mountain. I keep saying to people, ‘No, no really, we’ve actually reinvented the wheel. We are changing everything everyone has ever understood about how you make television.’ Everything is changing. And I’m proud of what we’re doing.”

In August, Vernoff told the Hollywood Reporter she considered not including the coronavirus pandemic in the new episodes. However, her writing team changed her mind.

“[The writers] really convinced me that it would be irresponsible to not,” she said at the time. “To be kind of the biggest medical show and ignore the biggest medical story of the century felt irresponsible to them to the medical community. These doctors are traumatized. They are not trained or wired to hold the hands of dying people all day who are alone without their families.”

Every Star Who’s Left ‘Grey’s Anatomy’: Where Are They Now? Read article

Grey’s Anatomy unexpectedly shut down production in March having filmed 21 episodes of season 16 with four episodes remaining. The cast returned for a virtual table read on September 3.

Ellen Pompeo celebrated her return to set on September 8 with a masked selfie featuring costar Richard Flood. “First time back in my scrubs,” Pompeo, 50, wrote via Instagram.

Read More: How COVID-19 Protocols Have Changed the ‘Feeling’ of ‘Grey’s Anatomy’