Miranda Lambert and Brendan McLoughlin: A Timeline of Their Relationship Read article

“Keep the cold and bring me back to the sunny sundaes 🌞🌞🍨🍦,” the 28-year-old New York native captioned an Instagram post on Sunday, December 6, showing off his tanned and toned physique. McLoughlin stood beside a pool in a swimsuit patterned with ice cream cones, his six-pack abs front and center.

McLoughlin met the “Bluebird” songstress in November 2018 while she was performing on Good Morning America with her band, The Pistol Annies. After less than three months together, the duo exchanged vows in January 2019. Though their courtship was quick, Lambert knew she’d found The One.

“When you truly find someone that loves you for who you are, and that you genuinely are smiling, it’s like a smile from the inside,” she said during an October 2019 interview on Sunday Today With Willie Geist. “You know what I mean? It’s a light that kind of clicks on, that you really didn’t know was off. … [He’s a] very go-with-the-flow kind of guy, which is great for this life because you kind of have to go with the flow. I’m glad to share it with him and that he’s open to it.” 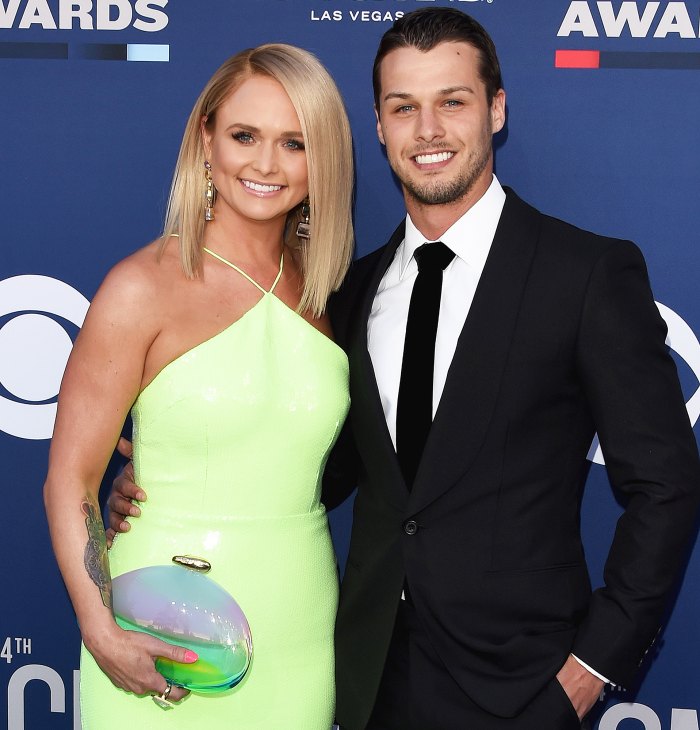 Before McLoughlin swept her off of her feet, Lambert was married to Blake Shelton from 2011 to 2015. Following their split, the 44-year-old “God’s Country” crooner moved on with Gwen Stefani. The Voice coaches announced their engagement in October after five years together.

Though she’s faced ups and downs in her love life over the years, the “It All Comes Out in the Wash” singer has found a safe place in her marriage to McLoughlin. Earlier this year, an insider told Us Weekly exclusively that the pair have discussed starting a family — and are ready to take the next step.

Miranda Lambert Through the Years: From ‘Nashville Star’ to Country Icon Read article

“Miranda has been telling friends that she wants a baby and to be with Brendan forever,” the source said in March, adding that McLoughlin — who shares 2-year-old son Landon with ex Kaihla Rettinger — is on the same page. “Brendan wants to expand their family.”