Heidi Klum joked about her biggest secret to staying young: sucking the blood of her husband, Tom Kaulitz.

“I suck his young blood, is what I’m doing,” the model, 49, amusingly quipped about her 32-year-old beau during an interview with E!’s Daily Pop on Tuesday, August 9. “Like a vampire.”

The America’s Got Talent judge also reflected on their romance to the outlet, saying, “It flew by, but it feels like a lifetime already.”

She added: “I just know him so well. We just gel really well. I just feel like, ‘Finally, I found The One.’ So far so good. I hope it stays that way.” 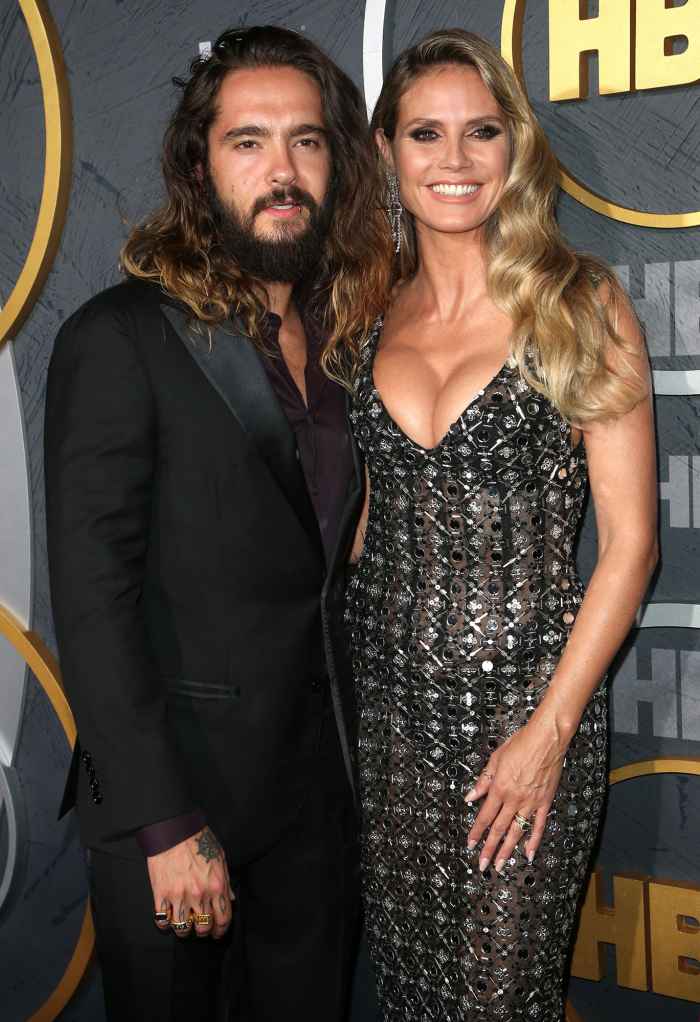 The Project Runway alum and the Tokio Hotel musician were first spotted packing on the PDA in March 2018, leaving arm-in-arm from a Lorraine Schwartz launch party.

After their romance grew more serious, the guitarist popped the question in December 2018. The pair secretly wed in February 2019 before having a larger ceremony in Capri, Italy, in August of that year.

Following their nuptials, Kaulitz — who was married to Ria Sommerfeld from 2015 to 2018 — blended well with Klum’s brood. (Klum shares daughter Leni with ex-boyfriend Flavio Briatore and sons Henry, Johan and Lou with ex-husband Seal, to whom she was married from 2005 to 2014.)

“[Tom’s] amazing,” the Germany native — who was also previously married to stylist Ric Pipino from 1997 to 2002 — told Us exclusively in January 2022. “I’m sure it’s not easy to step into an immediate family, having all of a sudden four kids and teenagers. They were easier when they were younger, for sure. Every age comes with its challenges. … It’s beautiful. It’s fun. I mean, so far, so good.”

Though Klum enjoys having the “Monsoon” artist around to help care for her kids, she and Seal, 59, still have to manage their coparenting duties.

“It can be challenging,” Seal told Us exclusively in May 2021, reflecting on how he and the Sports Illustrated Swimsuit model try to keep their kids grounded. “It requires teamwork. If you are a team, if both parents are a team, then it’s really easy and that’s not a real challenge at all … but you have to be a team. And if you’re not a team, then it can all fall to pieces.”

Klum, for her part, told Redbook in March 2020: “Sometimes it’s hard, but then you have to all come together as a family and sometimes everything is just like hopping on clouds. It’s just the way it is.”