Heidi Klum Dresses as a Wall for Halloween 2020 Costume

Heidi Klum continues to prove she’s the queen of Halloween! Though she won’t have her annual party this year due to the COVID-19 pandemic, the 47-year-old model isn’t skipping the costume portion of the celebrations.

See What Halloween Costumes the Stars Are Wearing This Spooky Season! Read article

The America’s Got Talent judge shared a short horror film via Instagram on Saturday, October 31, starring her husband, Tom Kaulitz, and her four children Leni, 16, Henry, 15, Johan, 13, and Lou, 11, whom she shares with ex-husband Seal. 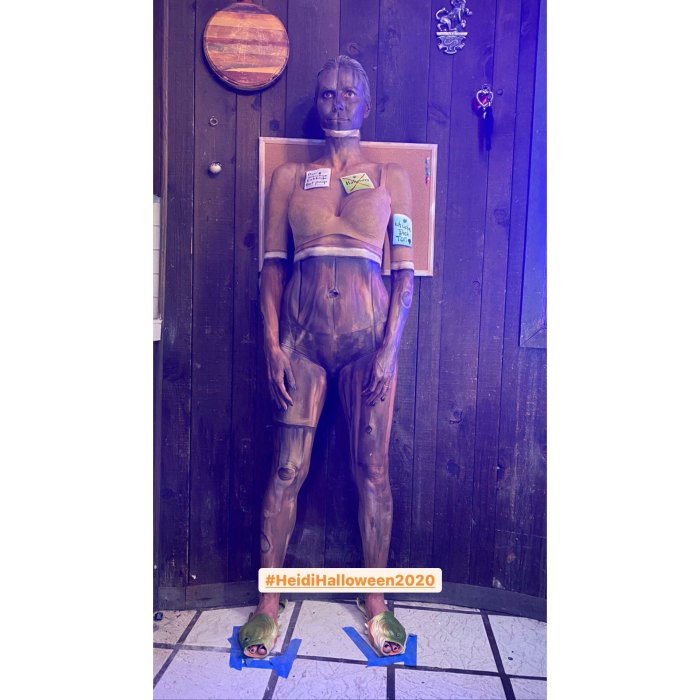 The clip begins with her family enjoying Halloween before lightning strikes and Klum’s children are turned into zombie mummies who chase her around the house. The Project Runway alum used body paint to blend into her surroundings to escape her family. In one shot, Klum transforms into a wall, and in another clip, she turns into a bedsheet.

Klum told Vogue on Saturday that shooting the film was special because her family was involved in the project.

“We had so much fun shooting this together,” Klum says. “My kids learned so much in these two days of filming about how some tricks work, how to move and act like mummies, how to remember their lines and cues. Even though they have come to visit me on many sets over the years, this is the first time they have participated.”

In a series of Instagram posts on Friday, October 30, the German beauty shared the long process, which included lots and lots of body paint. “Ok guys HERE 🎃 WE 🎃 GO!” she wrote in the caption of the first video. “The #HeidiHalloween2020 Spooktacular starts NOW! 👻🕷🕸🦇.” 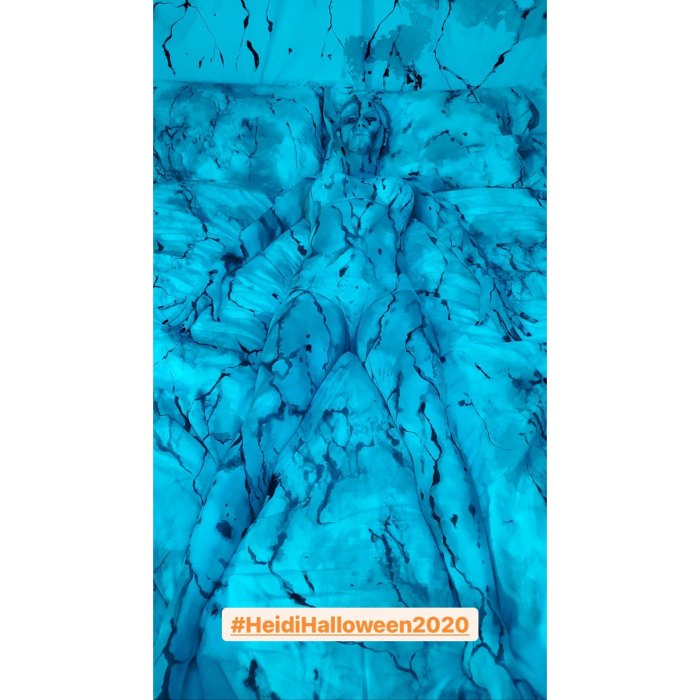 The second clip was a time-lapse showcasing artists airbrushing on white and gray paint so that the model blends in with the cloud-like bed she seems to be laying on. “First you see me, now you don’t! 👻👻👻 The transformation begins…” she captioned this post.

Klum’s costumes just seem to be getting wilder and wilder! Last year, the Germany’s Next Top Model host attended her own big bash at the Cathédrale Restaurant at Moxy East Village in NYC dressed as some sort of gory robot alien. In front of a live audience outside an Amazon Prime bookstore in Manhattan, the Prosthetic Renaissance team worked for roughly 10 hours to create the incredibly detailed get-up.

Another standout costume of hers includes the impressively animated Jessica Rabbit from Who Framed Roger Rabbit? from 2015. It was equal parts sexy and kind of uncanny valley.