Hot and heavy! Sofia Richie packed on the PDA with her new boyfriend, Matthew Morton, while on a date night with friends.

The model, 22, was spotted out to dinner with Morton, 27, at Japanese restaurant Matsuhisa in Beverly Hills on Monday, November 2, in photos posted by the Daily Mail. Richie was dressed casually in an orange sweater, black pants and a crossbody purse. The Cha Cha Matcha founder, for his part, also looked low-key in a white shirt, dark pants and a white jacket accessorized with a baseball cap.

Richie and Morton sparked dating rumors on October 17, when they were spotted getting dinner at Nobu in Malibu. Two days later, Us Weekly broke the news that the pair were dating following Richie’s split from Scott Disick.

“They’re trying not to make a big deal about their relationship or about how serious it is,” an insider said at the time. “But they are definitely seeing each other.” 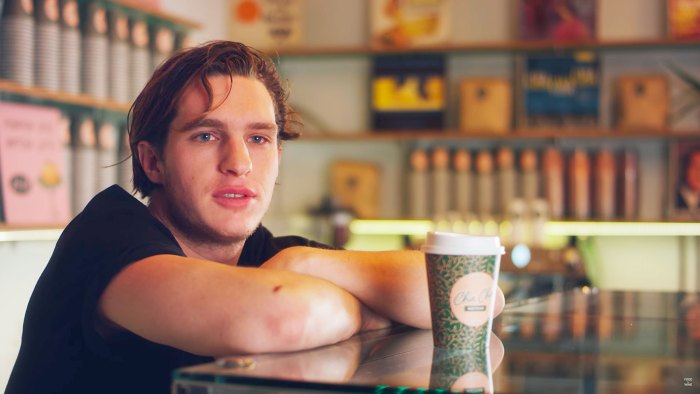 A second source told Us that Richie’s family is supportive of her blossoming romance with Morton.

“They both run in the same circle and have known each other. So, it’s easy and fun for both of them,” the insider said. “Sofia’s family approves of him, which is super nice for her.”

Morton is also equally invested in his relationship with Lionel Richie‘s youngest daughter. A source told Us on Tuesday, November 3, that the entrepreneur is serious about the fashion designer.

“Matt grew up with an insane amount of wealth, but always remained grounded. He is a hard worker and wants to prove himself to his dad [Hard Rock Cafe cofounder Peter Morton],” the insider said. “He used to be somewhat of a player and has always surrounded himself with very pretty girls and dated pretty girls. But he’s calmed down a lot and likes Sofia a lot.”

Richie previously dated Disick, 37, from 2017 until their split in August. The Keeping Up With the Kardashians star has been spotted out with models Bella Banos, Megan Blake Irwin and Amelia Hamlin in the wake of their split. Disick has also been getting cozy with ex Kourtney Kardashian with whom he shares children Mason, 10, Penelope, 8, and Reign, 5.

A source told Us in September that Richie’s family thinks she “is way better off without him” and are “advising her to do her own thing.”