Not part of her plan. Haylie Duff isn’t feeling a need to expand her family as pregnant sister Hilary Duff prepares to welcome baby No. 3.

The Christmas Belle actress, 35, hasn’t been hit with a wave of baby fever yet — even though she and fiancé Matt Rosenberg have previously floated the potential of having another child. Haylie and the entrepreneur got engaged in April 2014 before welcoming daughters Ryan and Lulu in May 2015 and June 2018, respectively. 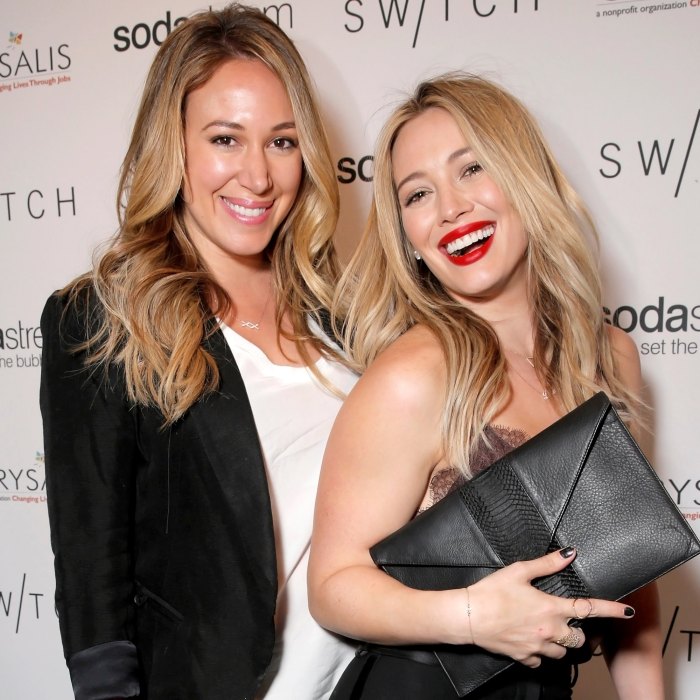 “You know, I’m going to get [Hilary’s] babies, so that should be enough for me,” Haylie told Us Weekly exclusively on Thursday, December 10, while promoting her holiday partnership with Hellmann’s. “We toy [with] the idea and then I think to myself, like, ‘Oh, my gosh, Lulu is so crazy. She’s 2. What am I talking about?’ … We’ll see, I feel pretty content with two [kids].”

Hilary, 33, announced in October that she has a little one on the way. “We are growing!!! Mostly me,” she joked via Instagram at the time alongside a video of husband Matthew Koma rubbing her belly.

Your Favorite Child Stars: All Grown Up! Read article

The couple — who tied the knot in December 2019 — are the parents of 2-year-old daughter Banks. Hilary also shares son Luca, 8, with her ex-husband, Mike Comrie. As the Lizzie McGuire alum gears up to meet her third child, Haylie is secretly hoping that she’ll have a new niece to join her daughters’ play group.

“I’m happy either way,” she told Us. “I’m so obsessed with Luca, her son. But then Banks is so special and amazing too. … I think I’d be happy with another little girl. That would probably be my hope because my girls love playing with girls. So Luca could be the man with a whole bunch of girls to worry about.”

Though Haylie hasn’t had a chance to really connect with her younger sister amid the coronavirus pandemic, the mother-to-be is “doing great.” 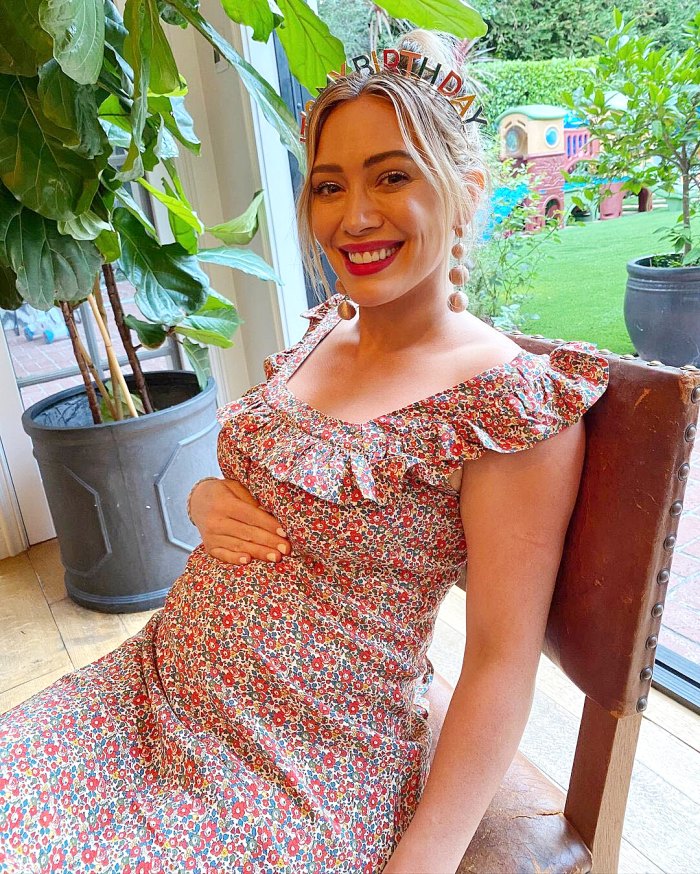 While a third baby might not be on her and Rosenberg’s checklist, the 7th Heaven alum is hopeful that they’ll call each other husband and wife soon. In April, Haylie gave Us an update on wedding planning with her fiancé and explained that they’re still waiting for the right time to tie the knot.

“We’re busy with both of the kids and jobs, and we always say, ‘We will at some point,’ and then life continues to be busy, and we still really like each other, which is good, I guess,” she exclusively revealed at the time, noting that the pair wanted the COVID-19 crisis to clear up before they celebrate. “At some point we will, but certainly now is not the time to have a wedding.”

Though she has a packed schedule — and a full house — Haylie is making an effort to give back this holiday season. She’s teaming up with Hellmann’s to inspire families to spice up their weeknight dinners and will be giving away 10 grocery gift cards worth $500 to stock lucky winners’ pantries with essential ingredients.

“I try to do things that set a good example for my kids in the holiday time and not so much the focus on what will be under the Christmas tree for them as much as I’m trying to consider what other people’s holidays are like too,” Haylie said. “I think that that lesson for them at an early age will kind of trickle on throughout the rest of their lives.”