Ready to wed! Gwen Stefani and Blake Shelton want a prenuptial agreement agreed upon before they walk down the aisle.

“They have been in prenup talks for a few months,” a source exclusively tells Us Weekly. “The process has been extremely effortless.”

The insider adds that there have been “no hiccups, or outrageous demands” during the discussions between the newly engaged couple.

Since Stefani, 51, didn’t have a prenup with her ex-husband, Gavin Rossdale, “she just can’t afford to not have it with Blake,” the source explains. 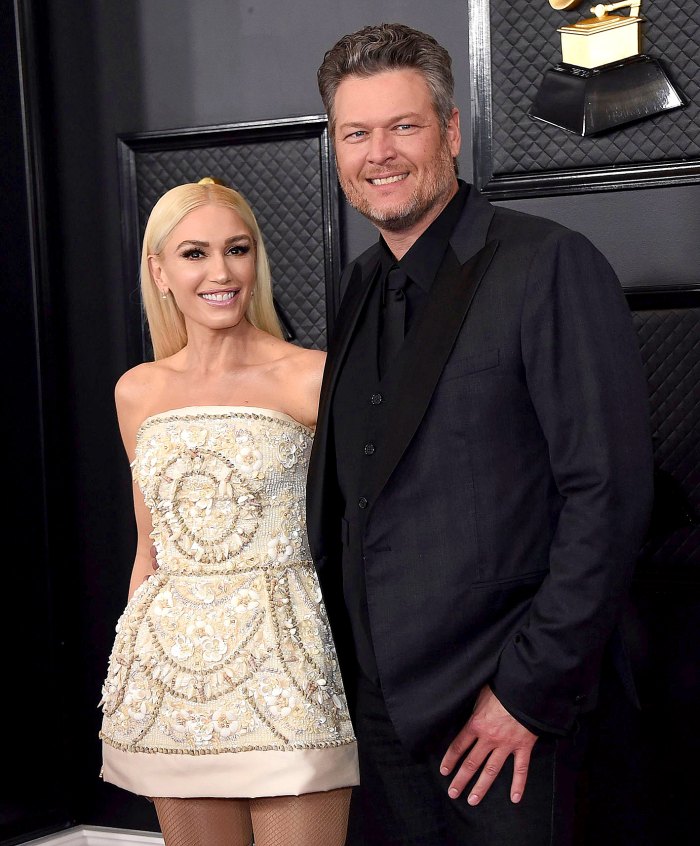 The money talks haven’t dampened the couple’s excitement over getting engaged earlier this month.

“These are two mature adults that love each other,” the insider says.

The country crooner, 44, and the “Hollaback Girl” singer announced their engagement on Tuesday, October 27, after five years of dating.

“Yes please,” the former No Doubt singer captioned an Instagram photo of herself kissing her new fiancé whiling showing off her ring.

The Ole Red restaurant owner shared the same snap on his account, writing, “Hey @gwenstefani thanks for saving my 2020… And the rest of my life.. I love you. I heard a YES!”

Shelton proposed to Stefani in his home state of Oklahoma with a custom-designed ring, a source told Us at the time.

The “God’s Country” singer “asked permission from her dad before asking Gwen,” the insider said, noting it “meant so much” to the mother of three that Shelton was “so traditional about it.”

Us broke the news in November 2015 that the musicians were dating after meeting on the set of The Voice. Their romance began after Shelton divorced Miranda Lambert in July 2015 after four years of marriage and Stefani split from Rossdale, 54, in August 2015.

Ahead of the engagement, a source told Us that Shelton’s relationship with Stefani’s three sons, Kingston, 14, Zuma, 12, and Apollo, 6, has grown throughout the years.

“Those boys look up to Blake in a big way,” a source told Us in August. “He’s earned their respect as a father figure. He’s gone from being their friend to being a serious parental influence.”

Us confirmed last month that the family moved into their L.A. home after purchasing it together nearly a year prior.

“They are truly happy as a family and it’s the new beginning Gwen needed,” an insider told Us at the time.

Read More: Gwen Stefani and Blake Shelton Have Been in ‘Prenup Talks’ for Months