Shutting down hate — and staying safe. Camilla Luddington clapped back after one Grey’s Anatomy fan took aim at the show for using KN95 masks on set amid the coronavirus pandemic.

The long-running ABC series kicked off its 17th season on November 12, and while many fans were thrilled to see the familiar faces of Seattle Grace Mercy West Hospital again, one viewer thought the cast was “wasting” personal protective equipment that could be given to first responders in need amid nationwide shortages. “A disposable mask will work just fine,” the social media user tweeted.

Luddington, 36, was quick to shut down the negativity. “If you see any of us wearing KN95s behind the scenes it’s because we are wearing our costume masks. We don’t also get an extra KN95 to wear between takes,” she replied via Twitter on Monday, November 16. 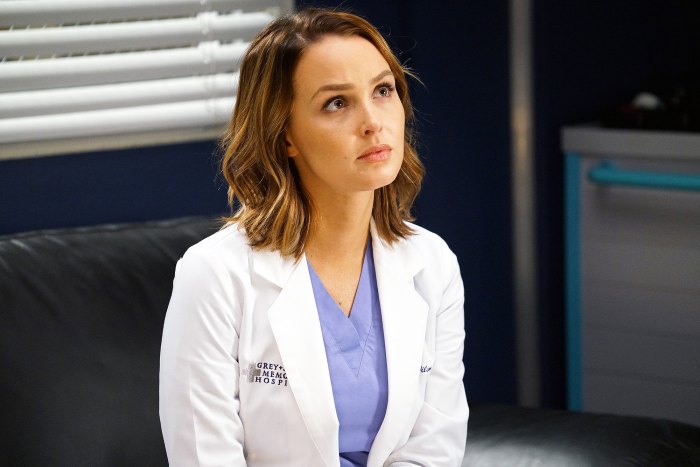 The U.K. native has played Dr. Jo Wilson on Grey’s Anatomy for seven seasons since joining the series in 2012. Luddington and her costars — including Ellen Pompeo and Richard Flood — resumed filming the current season in September after a six-month hiatus. One month before the show returned to ABC with a shocking season premiere, showrunner Krista Vernoff detailed some of the “massive” COVID-19 precautions that were put in place behind the scenes to ensure the cast and crew were safe.

Despite the risks of filming amid the pandemic, Vernhoff told the publication that she was “proud” of how the show was handling the protocols with care.

“I keep saying to people, ‘No, no really, we’ve actually reinvented the wheel. We are changing everything everyone has ever understood about how you make television,’” she said at the time. “Everything is changing.”

While production on the series was shut down earlier this year, Vernhoff and her team donated the extra medical supplies they had on set to professionals on the front lines of the global health crisis. As they prepared to resume filming, the executive producer admitted that she had thought about avoiding the sensitive topic of the pandemic while creating new Grey’s Anatomy story lines.

Grey’s Anatomy’s Exits: Who Quit? Who Was Fired? Who Is Down to Come Back? Read article

“[The writers] really convinced me that it would be irresponsible to not,” she told The Hollywood Reporter in August. “To be kind of the biggest medical show and ignore the biggest medical story of the century felt irresponsible to them to the medical community. These doctors are traumatized. They are not trained or wired to hold the hands of dying people all day who are alone without their families.”