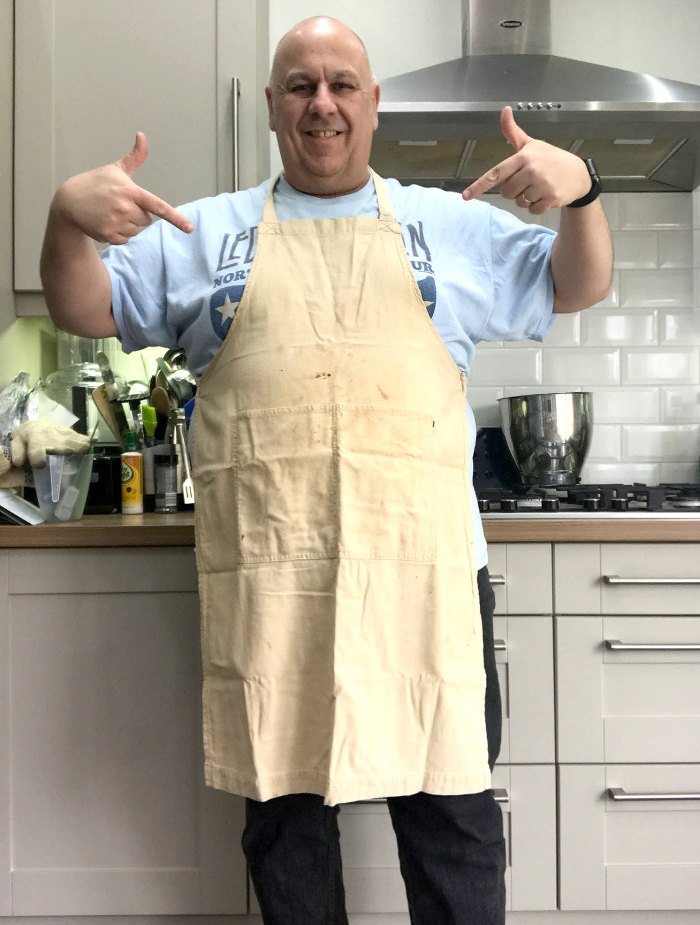 The Great British Bake Off’s Luis Troyano died at the age of 48 after battling esophageal cancer.

“We are deeply saddened to hear that Luis Troyano has passed away,” the show’s official Twitter page announced on Tuesday, November 3. “It was a huge honour and pleasure to have him in the Bake Off Tent for Series Five. Our condolences and thoughts go out to his friends and family.”

The Bake It Great author was a runner-up on season 5 of the baking show, which began in the U.K. and later came to the U.S. and renamed The Great British Baking Show.

The baker’s manager, Anne Kibel, confirmed Troyano’s passing via Twitter and revealed that he died last week after fighting cancer.

‘The Great British Bake Off’ Winners: Where Are They Now? Read article

“Sadly, my lovely client lost his brave fight against Oesophageal cancer last week. A fantastic man with a love of baking that saw him get to the finals of GBBO, write a wonderful book, Bake It Great and do so much more,” she wrote on Tuesday. “Always in our thoughts.”

The page included a message from the late star that read: “A special thank you to Macmillan Cancer Support, East Cheshire Hospice and the NHS including Salford Royal NHS Foundation Trust, The Christie NHS Foundation Trust and Stockport NHS Foundation Trust for trying to save my life and their tireless work to try and eliminate cancer. But more importantly a massive thank you to all the amazing professionals who really did try their absolute best for me, showed me absolute compassion and gave me more time than what was seemingly possible. I thank you sincerely.”

Upon hearing the sad news, many stars from the baking series shared their well wishes for Troyano’s family.

“So sad to hear the news about Luis .. he was a fantastic baker and will be missed by all in the Bake Off team,” longtime judge on the show Paul Hollywood wrote via Instagram. “My thoughts are with his family #ripluis #gbbo #series5finalist.”

Fellow season 5 finalist Richard Burr shared a photo of the pair at the Reality Television Awards while honoring his friend.

“I feel lucky to have had such good mates to marvel at the craziness of short-term fame and long-term friendship,” he captioned the photo. “I will miss you Luis.”

Chetna Makan, who also competed against the graphic designer turned baker, posted a photo of Troyano playing guitar in the kitchen after his passing. “Hope you get to play the best music and bake the most precise cakes up there!” she captioned the snap.

Season 7 winner Candice Brown paid tribute to Troyano, tweeting, “The bake off family will miss you Luis. A real gent and a pleasure to know. Sending so much love and strength to your friends and family.”