“Matt grew up with an insane amount of wealth, but always remained grounded. He is a hard worker and wants to prove himself to his dad [Hard Rock Cafe cofounder Peter Morton],” a source tells Us Weekly exclusively. “He used to be somewhat of a player and has always surrounded himself with very pretty girls and dated pretty girls. But he’s calmed down a lot and likes Sofia a lot.” 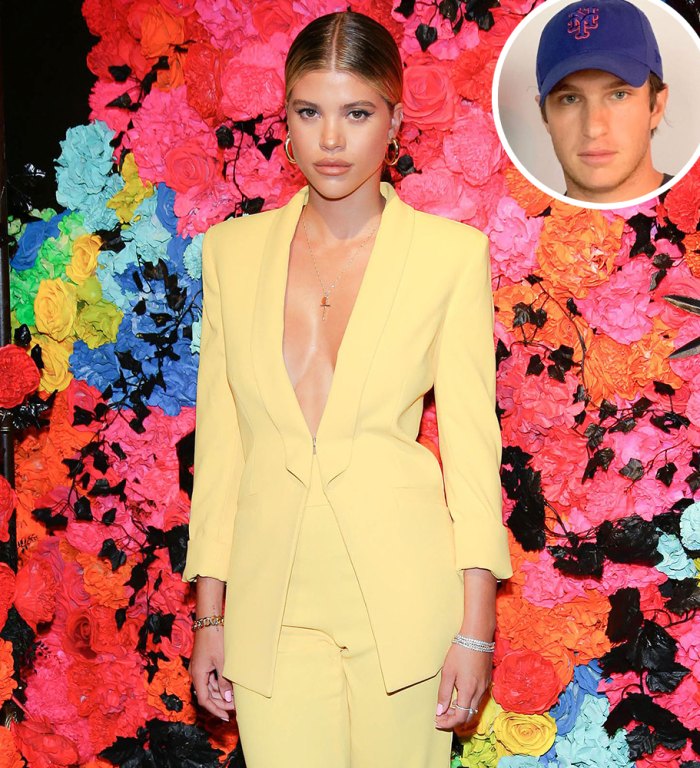 Us broke the news of Richie’s new relationship with Morton on October 19. Two days earlier, the duo fueled dating rumors after being spotted grabbing dinner at Nobu in Malibu.

Scott Disick and Sofia Richie: The Way They Were Read article

“They’re trying not to make a big deal about their relationship or about how serious it is,” an insider told Us at the time. “But they are definitely seeing each other.”

Shortly after their romance was confirmed, a source revealed to Us that Morton, 27, is “really excited” about the pair’s blossoming romance. “They both run in the same circle and have known each other. So, it’s easy and fun for both of them,” the insider shared. “Sofia’s family approves of him, which is super nice for her.”

The 22-year-old model was previously in a long-term relationship with Scott Disick. The former couple were first linked in 2017 before calling it quits in May after nearly three years of dating. While they reconciled two months later, they split again in August.

Disick, 37, has also moved on from his romance with Richie. In October, the Talentless founder stepped out for a dinner date with model Bella Banos, whom he was previously linked to in 2017. He was then spotted leaving the Kimpton La Peer Hotel in West Hollywood with model Megan Blake Irwin. On Halloween, he hit up a party with Lisa Rinna’s 19-year-old daughter, Amelia Gray Hamlin.

Disick shares children Mason, 10, Penelope, 8, and Reign, 5, with ex Kourtney Kardashian, whom he dated on and off from 2006 to 2015. The exes have also spent time together since his split with Richie, most recently during Kim Kardashian’s 40th birthday party on a private tropical island.

During Disick and Richie’s relationship, it became “more apparent that his family [with Kourtney] was more of a priority than she was,” a source told Us. The insider added that the Flip It Like Disick star is “always going to be in love” with the 41-year-old Poosh founder.