‘Go Off’: Kylie Jenner Hits Back at Troll Who Commented on Her Lips 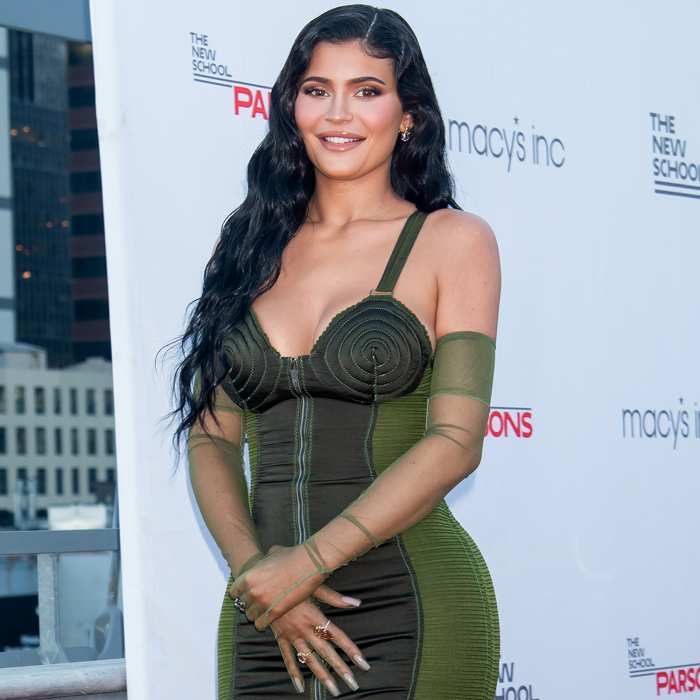 Kylie Jenner admits when she’s had work done on her lips — and defends herself when she hasn’t, a lesson one follower learned the hard way when the Kardashians star clapped back at the user’s social media jab.

On Saturday, August 21, the Keeping Up With the Kardashians alum, 25, shared a video via TikTok with her bestie, Stassie Karanikolaou. The friends — who both rocked fitted black tops and oversized lips — posed with each other, prom-style, while Jenner set the audio to Ciara’s “Favorite.”

After one person replied, ”The lips, please,” alongside grimacing, sweating and skull emojis, the Kylie Cosmetics founder hit back with a reply of her own.

“It’s the filter but go off,” Jenner wrote in response, per The Sun.

Fessing Up! Every Time the Kardashians Admitted to Photoshopping Their Pics Read article

The reality star’s retort didn’t go unnoticed by the rest of her 2 million followers, who reacted to her clapback in the comments section.

Jenner’s heated reply is just her latest response to her critics. Earlier this month, the Kylie Skin creator slammed makeup artist Kevin James Bennett after he claimed she wasn’t wearing proper safety attire while in the Kylie Cosmetics lab and was “gaslighting fans” in the process.

“I know the Kardashian/Jenner stans are going to come for my throat because I’m calling out their cosmetic queen…but WTF @kyliejenner 🤬🤨🤬,” the beauty guru wrote via Instagram on August 5, in response to Jenner’s upload that featured her in a lab coat working with Kylie Cosmetics products. “I’m a cosmetic developer and work with cosmetic manufacturers (and their labs) as part of my job. … I’ve NEVER been allowed into the lab or onto the manufacturing floor without a hair net, shoe covers, mask…and disposable GLOVES.”

For her part, Jenner wrote in the comments, “Kevin – this picture is not taken in a manufacturing facility. I would never bypass sanitary protocols and neither would any other celeb or beauty brand owner. that’s completely unacceptable i agree.”

She added, “No one is putting customers at risk ! shame on you Kevin for spreading false information !!!!”

Look Back at Kylie Jenner Through the Years Read article

Despite her recent social media tiffs, the E! alum appears to be enjoying her summer. Jenner, who shares 4-year-old daughter Stormi and a 6-month-old son with partner Travis Scott, celebrated her 25th birthday in true Kardashian-Jenner style on August 10.

“Twenty fine,” the entrepreneur captioned a series of Instagram photos and videos of her August 10 birthday bash, during which she rocked a sheer sparkly gown. Jenner followed up the post the next day by sharing a TikTok video spending time on a yacht while opening presents with Karanikolaou, 25, and her family members.

Read More: ‘Go Off’: Kylie Jenner Hits Back at Troll Who Commented on Her Lips