Gigi Hadid and Zayn Malik: A Timeline of Their Relationship Read article

“Zayn and Gigi’s relationship is better than ever — their communication, the time they spend together,” a source exclusively tells Us Weekly. “They’ve never looked happier.”

The “Pillowtalk” crooner, 27, announced the arrival of the couple’s daughter on September 23. 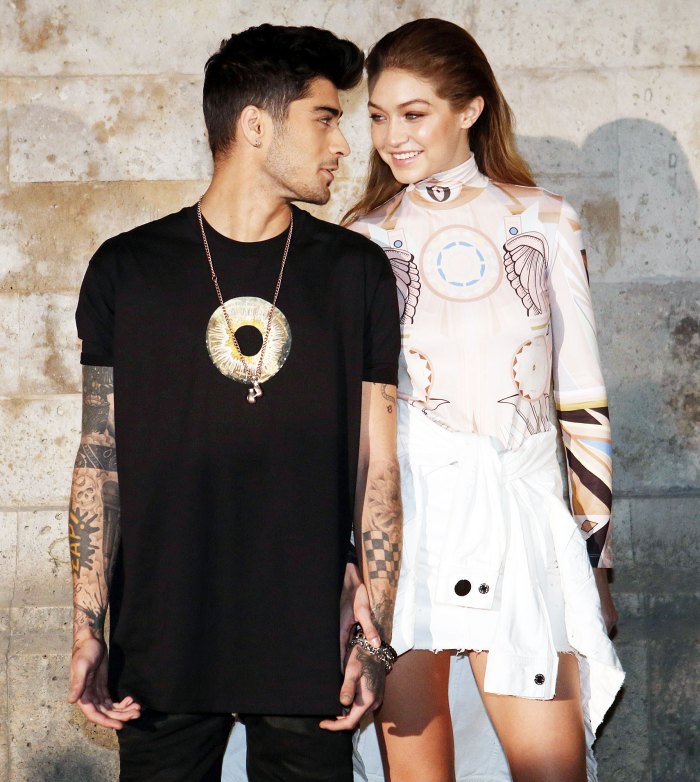 “Our baby girl is here, healthy & beautiful,” Malik wrote via Twitter alongside a black-and-white photo of him holding the newborn’s hand. “To try put into words how i am feeling right now would be an impossible task. The love i feel for this tiny human is beyond my understanding. Grateful to know her, proud to call her mine, & thankful for the life we will have together x.”

Hours later, the model, 25, shared another photo of the little one’s hand, revealing that “she’s already changed our world.” She added that she is “so in love” with her infant.

Since becoming a mom, the insider says Hadid has “really leaned into motherhood and is enjoying every second” with her bundle of joy.

“Gigi is a natural when it comes to mothering,” the source adds. “She’s so kind and compassionate, and it really shows in her mothering style.”

The lifestyle change has also led to the new mom “turning down business opportunities so that she can spend the first year with her baby,” according to the insider.

The former One Direction singer has been a great partner through it all and “is also a very, hands-on and great dad,” the source says.

“Zayn has been with Gigi every day, and they are closer than ever,” the insider adds.

Earlier this month, a source told Us that the couple “are loving parenthood and can’t get enough of their little girl.”

The insider added: “Things are going really swimmingly between them and they’re both so happy.”

The California native, who showed off her post-baby body in October while encouraging people to vote in the presidential election, and the British musician have been dating on and off since 2015.

Us confirmed in April that they were expecting their first child together after rekindling their romance in January.

Read More: Gigi Hadid and Zayn Malik Are ‘Better Than Ever’ After Welcoming Baby