The California native, 31, posted two photos with Farrar via Instagram on Saturday, October 31. In one snapshot, Yrigoyen and Farrar smile as they hold up their pumpkins. Another picture features the duo snapping a selfie in a field.

“🎃Happy Halloween💀 Picked up a special pumpkin at the patch 👻,” Yrigoyen captioned the photos.

The twosome hinted at a possible relationship in the comments section of the post. A friend commented, “I’m impressed by the girl, but not the pumpkin. I feel like you could have done way better … also, does she know what she’s getting herself into?”

Yrigoyen replied, “Hahah she hasn’t met you guys yet, so no.” The friend joked, “She might realize she could have done better too… haha,” to which Yrigoyen wrote back, “Haha damn you, you’re right though.”

Farrar joined in the conversation writing, “Bring it on.” The Reiki practitioner added, “Best pumpkin in all the land” along with two orange heart emojis. 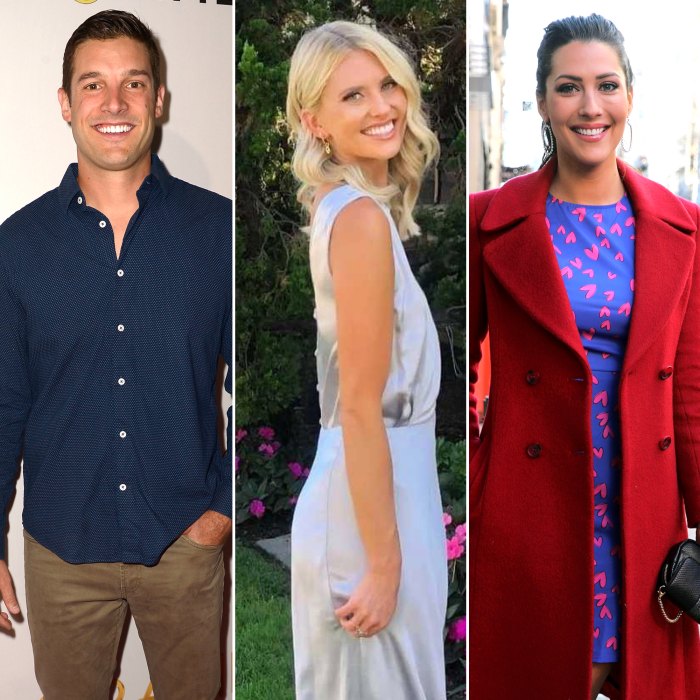 One month earlier, Kufrin, 30, confirmed that she and Yrigoyen had ended their engagement two years after they met on season 14 of The Bachelorette.

“I don’t think it’s going to come as a shock to anyone, but Garrett and I have decided to end our engagement,” Kufrin said on an episode of her “Bachelor Happy Hour” podcast. “After many conversations, we came to this decision. It wasn’t something that we just arrived at one night. It wasn’t based solely off of one Instagram post or somebody else’s opinions or comments. There’s much more to it. To any relationship, there’s a lot of layers, and it’s not for me to divulge details.”

The split speculation began in June following Yrigoyen’s comments in support of police amid the Black Lives Matter protests.

A source told Us Weekly in September that Kufrin waited to announce their split because she was still reeling from their breakup.

“Becca is really broken up about it,” the insider said at the time. “She thought Garrett was her person, her forever.”

The source added: “She needed space and time to figure things out before officially confirming the breakup. She never intended to be cryptic or mysterious.”

In recent weeks, Kufrin and Yrigoyen have also unfollowed each other on Instagram. Earlier this month, a social media user suggested Kufrin’s political beliefs were the “real reason he left” after she voiced her support for former Vice President Joe Biden.

The troll added, “He could do so much better with a level-headed woman.” Kufrin replied, “It’s a shame this is the sentiment that people resort to.”