Bachelorette’s Michelle Young and Nayte Olukoya: The Way They Were Read article

“For those of you who don’t know, I’ve decided to step outside of the classroom for this next year,” the season 18 Bachelorette, 29, began on a Tuesday, August 23, episode of the “Bachelor Happy Hour” podcast she cohosts with season 14 Bachelorette Becca Kufrin.

She continued: “It’s a decision that I would have made whether I would have had the Bachelorette role or not [and] I’m gonna be spending a little more time in L.A.” 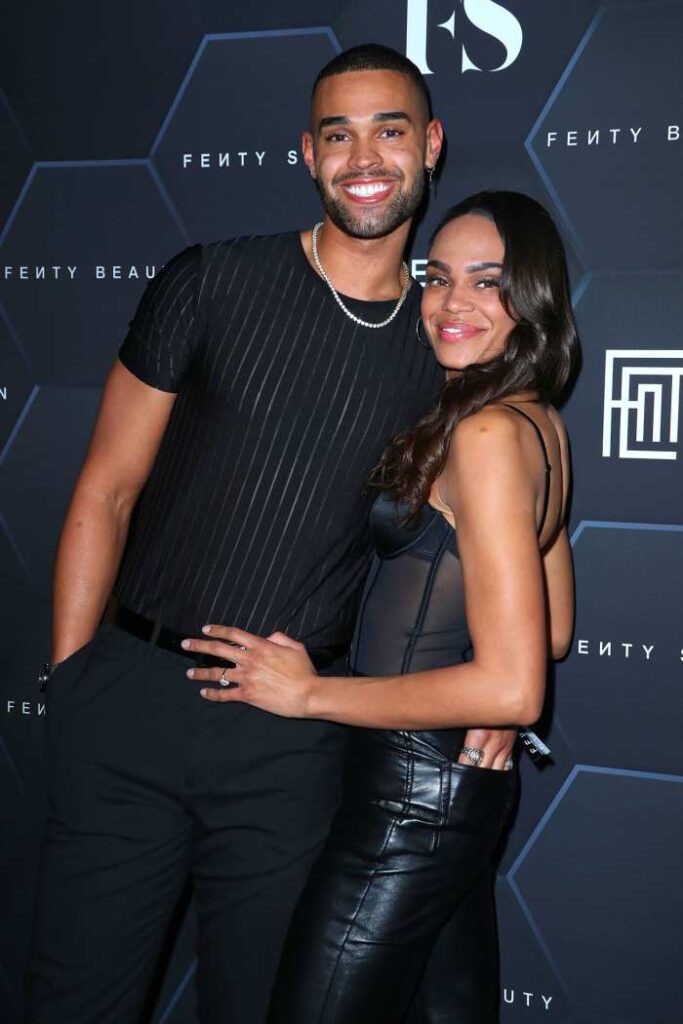 The news of Young’s life update comes about a month after Olukoya, 28, announced his own move to the Golden State following his breakup with the TV star in June.

“Nayte moved to Los Angeles two weeks ago. It’s something that’s been in the back of his mind for some time,” a source exclusively told Us Weekly in July, noting that the former Bachelorette winner is sharing a place with his fellow season 18 contestant Rodney Mathews. “Nayte wants to get into modeling. He’s still doing tech sales so modeling would be more of a hobby.”

Everything Michelle and Nayte Have Said About Their Split Read article

The source added, “He’s enjoying the summer, getting to spend time with friends and getting situated in L.A. He’ll be doing more traveling like to Cancun in August.”

Young, for her part, is focusing on herself and her major life change, answering questions about the details of her move via her Instagram Stories.

“Part of the reason why I’m going to be moving to L.A. is that Becca and I can now film ‘Happy Hour’ in studio, in person, which will be so much better,” the former ABC personality said in a Tuesday clip, in response to a fan who asked about her career in the city of angels. “That was one of the biggest pushes of having me come to L.A.”

The podcast host responded to another fan question about what she would be looking forward to “the most” about moving out west.

“Oh, easy — California winters compared to Minnesota winters,” Young answered. “Something tells me that my family’s going to be there with me a lot, which I would absolutely love.” The former reality star also revealed that she once lived in South Carolina and Illinois in response to the second part of the fan’s query.

Following the news of the pair’s June breakup, Olukoya was linked to Deandra Kanu in July after the Bachelor season 24 contestant was seen wearing his necklace at a birthday party. According to a source, however, there was “absolutely nothing going on between Nayte and Deandra.”

Bachelor Nation Couples Who Have Split in 2022 Read article

“Him giving her his necklace to wear was just a friendly gesture,” the source insisted at the time. “Nayte is single and happy that way — he’s not looking to jump into another relationship right away. He’s not dating and he’s not on the prowl. He’s happy being single.”