In court documents filed in Los Angeles Superior Court on November 25 and obtained by Us, the powerhouse attorney, 81, requested to terminate the court’s ability to award spousal support to the Real Housewives of Beverly Hills star, 49. He also asked that she pay his attorney’s fees. 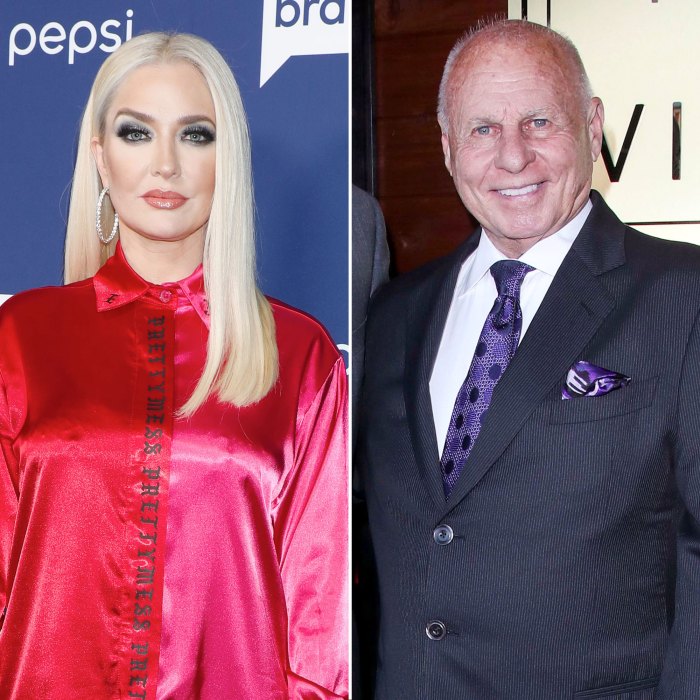 The Bravo personality announced her split from Tom on November 3, saying in a statement to Us, “After much consideration, I have decided to end my marriage to Tom Girardi. This is not a step taken lightly or easily. I have great love and respect for Tom and for our years and the lives we built together. It is my absolute wish to proceed through this process with respect and with the privacy that both Tom and I deserve. I request others give us that privacy as well.”

A source later exclusively told Us that the pair, who wed in January 1999 and did not sign a prenuptial agreement, “had an unconventional marriage” and spent “a lot of time apart” over the years.

Erika and Tom’s divorce turned even messier on Wednesday, December 2, when Edelson PC sued them for fraud and embezzlement. In court documents obtained by Us, the class action firm alleged that the estranged couple “are on the verge of financial collapse and locked in a downward spiral of mounting debts and dwindling funds” in addition to calling their separation “a sham attempt to fraudulently protect” their money from debt collectors.

While Erika and Tom have not publicly addressed the lawsuit, she tweeted later on Wednesday, “High drama” alongside a glamorous photo of herself.

The Pretty Mess author was previously married to Thomas Zizzo, with whom she shares son Tommy.

With reporting by Marjorie Hernandez