The hits just keep on coming. Erika Jayne’s estranged husband, Tom Girardi, is facing another lawsuit amid the couple’s divorce.

Tom, 81, and his law firm, Girardi Keese, are being sued by Wells Fargo Vendor Financial Services, according to court documents obtained by Us Weekly on Thursday, December 10.

The lawsuit, which was filed earlier this month with the Los Angeles Superior Court, accused Tom’s company of breaching a written agreement and conversation with the bank. 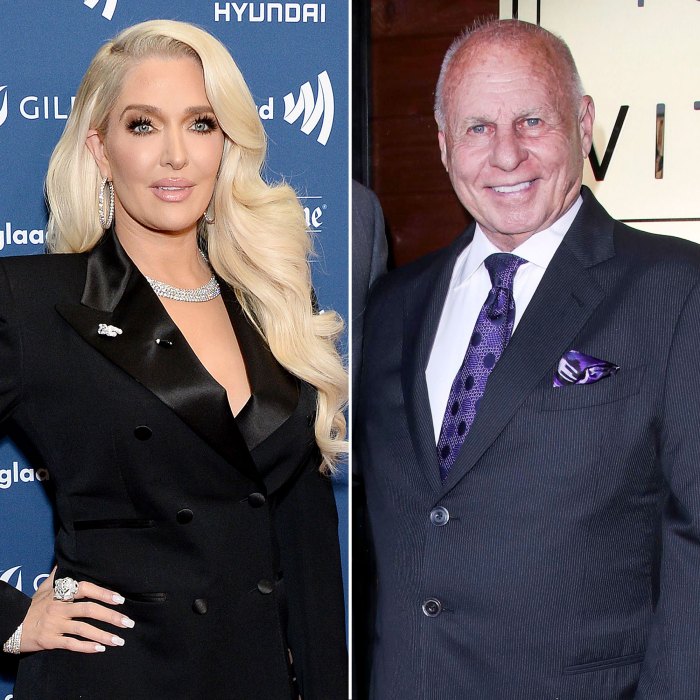 Erika’s estranged husband allegedly entered into five different lease agreements with Wells Fargo, in which the firm agreed to finance the lease of certain office equipment. The bank claimed that Tom’s company stopped making the monthly payments for July and August, which breached their aforementioned agreement. The unpaid bills allegedly include rental charges, maintenance, taxes, overages, late fees and a purchase option.

Wells Fargo is seeking immediate payment on the outstanding bill of $882,715. The company is also charging interest at 10 percent per annum from the date of default.

The filing also claimed that Tom’s firm is storing the rented office supplies at his Los Angeles and San Bernardino, California, properties. The bank, therefore, wants to seize the two properties based on the lease terms they previously outlined and the alleged default.

The lawsuit came one month after the Real Housewives of Beverly Hills star, 49, filed for divorce from Tom after 21 years of marriage.

“After much consideration, I have decided to end my marriage to Tom Girardi,” she said in a statement to Us on November 3. “This is not a step taken lightly or easily. I have great love and respect for Tom and for our years and the lives we built together. It is my absolute wish to proceed through this process with respect and with the privacy that both Tom and I deserve. I request others give us that privacy as well.”

Tom, for his part, submitted a response to Erika’s filing on November 25. The attorney requested to terminate the court’s ability to award spousal support to his estranged wife. He asked that she also pay his attorney fees.

The estranged couple, who wed in January 1999, did not sign a prenuptial agreement, with a source telling Us that the pair “had an unconventional marriage” and spent a “lot of time apart” over the years.

Earlier this month, the duo were sued by Edelson PC for fraud and embezzlement. The class action firm alleged in court documents obtained by Us on December 2 that the estranged couple “are on the verge of financial collapse and locked in a downward spiral of mounting debts and dwindling funds.” The documents claimed that the pair’s separation is “a sham attempt to fraudulently protect” their money from debt collectors.

The duo have not publicly addressed either lawsuit amid their divorce drama. Erika was previously married to Thomas Zizzo, with whom she shares son Tommy.

Us Weekly has reached out to Tom for comment.