Dancing With the Stars competitor AJ McLean is blogging exclusively with Us Weekly about his quest to take home the season 29 mirrorball trophy with partner Cheryl Burke! Check back each week for his latest update on the competition.

I have to start off by saying hats off to production, to the producers, the director, everybody over at Dancing and major kudos to my partner Cheryl for facilitating our BSB dance this week. Also, I want to give a huge thank you to my bandmates for giving up some of their time to make it happen. It took about four days — a lot of hours and a lot of editing to make it happen and I think it turned out better than anybody could’ve expected. We picked Larger Than Life because it’s one of our biggest hits and it’s a great song to do live. Never in a million years did I think I’d be doing a cha-cha to it, but at the same time, we wanted to make it a larger than life experience, a larger than life moment, and I think that’s exactly what we did. 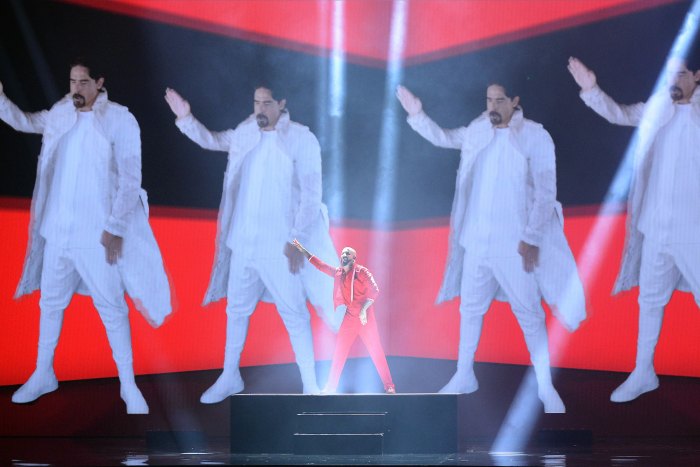 It was definitely challenging to mix the cha-cha in with moves that I’ve been doing for over 20 years, especially with this particular dance routine. I think we put as much cha-cha as we could into the routine. I know the judges thought there might not have been as much as needed, but they all seemed to be very happy with the overall performance, and I was beyond happy. In my mind, it was really for the fans and any new fans that might be joining the BSB army.

Cheryl and I felt really good about the scores. We have been talking about the scores a lot, hopefully going up every week. But, if you get too high too soon, it gets a little scary because then you don’t really have anywhere to go. You either have to maintain your high scores or you go back down. So, but I’m over the moon. Three 8s is fantastic. I’m stoked.

Cheryl and I also bonded more. She is a very, very interesting human being. She has been through a lot in her life and has come out the other side gleaming. Her sobriety is amazing to me, especially in this business that we’re both in, it’s difficult. It’s difficult to get sober, No. 1. It’s even more difficult to stay sober and hats off to her for staying sober for now over two years. I see her staying sober, hopefully, for the rest of her life. It’s a one day at a time thing, or as she says, one step at a time. 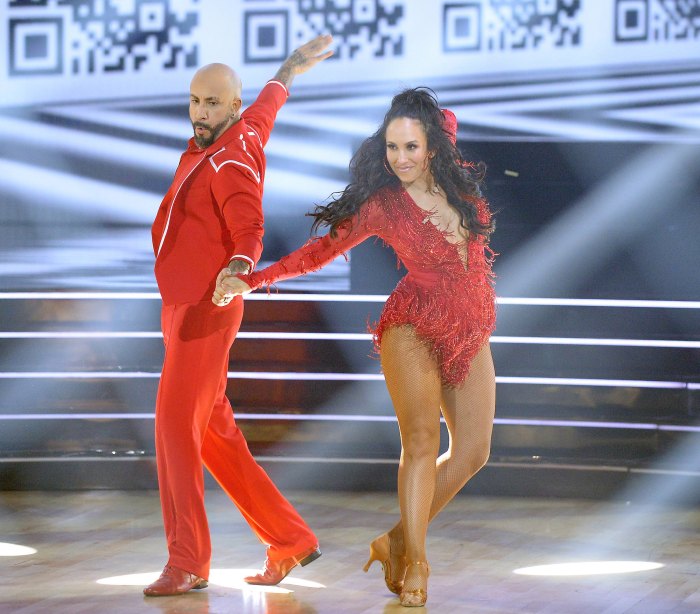 It really, instantly brought us together — almost immediately. It’s a huge thing to have in common and we do have a lot of deep conversations while we’re in rehearsal. And even after rehearsal, when we’re both going home, chatting or texting and just really helping each other outside of the dance room and the dance floor, just in life — being there for each other as friends. We’ve really bonded quickly, and I foresee us having a lifelong friendship. She’s amazing and between the “Pretty Messed Up” podcast and rehearsals, we’ve shared quite a few stories — some traumatic, some hilarious, some so insane that I don’t think anyone would even believe, but we’ve definitely been able to have a nice parallel between the two of us, which I think has really helped us bond and hopefully will then translate into the ballroom.

For eighties week, we are performing to “Open Arms” by Journey. I never had a prom because obviously, around that time, I was traveling the world and didn’t really have a normal childhood, especially when the band started. So, we’re doing a prom theme and I think it’s going to be amazing. I don’t want to say exactly what the dance is yet, but I’m excited.

This is quite a roller coaster ride. Going from the cha-cha into a whole new dance is part of the challenge because you have to reprogram and start from scratch. So I’m looking forward to week five and want to say thank you to everyone for voting again. Please keep on voting!