Could he have been Mr. Right? Drake claims that he had a relationship with SZA while appearing on the new 21 Savage song, “Mr. Right Now.”

The Canadian rapper, 33, has a verse on the new single and seemingly reveals that he dated the “Drew Barrymore” singer, 29, more than 10 years ago. “Yeah, said she wanna f–k to some SZA, wait,” he says on the track. “‘Cause I used to date SZA back in ’08 / If you cool with it, baby, she can still play.”

After the song dropped on Friday, October 2, eagle-eyed fans noticed that SZA appeared to unfollow the “Best I Ever Had” artist on Instagram. Others were quick to call out that the Degrassi alum might not have actually been romantically involved with the “Supermodel” songstress.

“Now why’d drake have to bring sza’s good name out like that,” one social media user tweeted on Friday, adding “HES LYING YOUR HONOR” in a separate post. 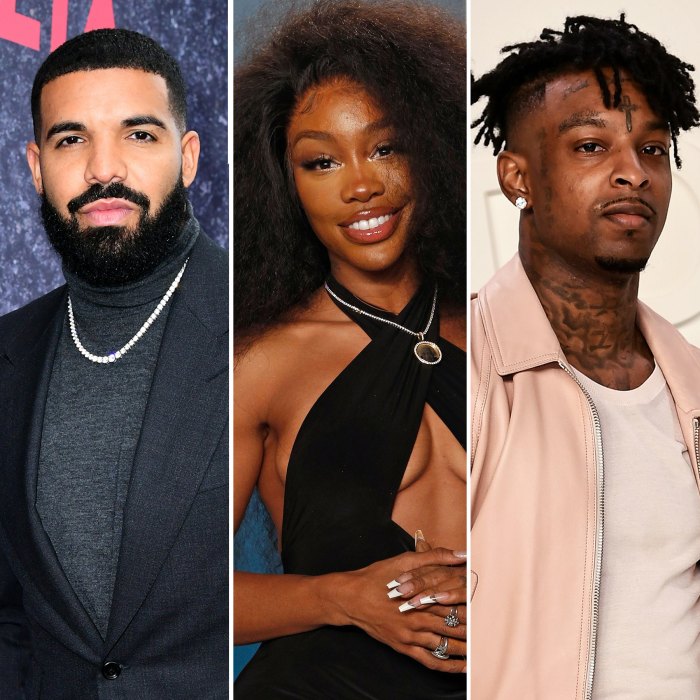 Another joked, “Drake used to date SZA back in 08? Drake’s hitlist got more 10’s than his own discography FFS.”

Earlier this year, Drake made headlines for calling Kylie Jenner his “side piece” in a leaked song after previously sparking romance rumors with the reality star, 23, in October 2019. “Yeah, I’m a hater to society / Real s–t, Kylie Jenner that’s a side piece,” he raps in the song, which was shared via an Instagram Live in May. “Yeah, I got 20 motherf–kin’ Kylies.”

Feuds, Flirting and More: Drake’s Ups and Downs with the Kardashians Read article

The Grammy winner later revealed that the song, a collaboration with Future, was recorded three years prior. “A song that mark ran last night on night owl sound live set shouldn’t have been played. It’s a song that leaked 3 years ago and got scrapped shortly after. He was just going too deep in the drake/future catalogue,” he wrote on Instagram at the time. “Last thing I’d want to do is wake up having any friends of mine feeling disrespected so I just had to say that to start off the day.”

Shortly after the lyrics took fans by surprise, an insider told Us Weekly exclusively that “Kylie was not upset about Drake referring to her as a ‘side piece’ in his new song and she really doesn’t care.”